Seamless need not be boring!

Occasionally my clients ask that I shoot in front of seamless. Most of the time it is because they have a graphic artist add treatments to the shot. In other cases they don’t have the time or budget to go on location. Shooting in front of seamless is my least favorite type of shooting, but sometimes it’s necessary. In a recent studio publicity session for Noises Off the client asked that I shoot in front of white seamless due to actor scheduling issues preventing an on location shoot. In addition he conveyed to me that no graphic treatments would be added to the final image. The Director of the play sent me a photograph created in NYC by another theatre company for the same play, Noises Off. They had shot their publicity image on location. It conveyed the mood of the shot to me very well.

So my challenge was to recreate that mood in front of seamless. No room, no textures of walls, just plain white paper is all that I had. So after giving it some thought, I decided to combine three different light sources to create the shot within the Artistic Director’s confines, but give the Director the mood and story he desired. I asked that some furniture be used to create levels between the seven (yep 7) different characters in the shot. It would also provide a much less sterile feeling of the seamless. A chair, a small table and I opted to bring a prop lamp I had purchased from a theatre company long ago.

So here’s what I used to create this final image: 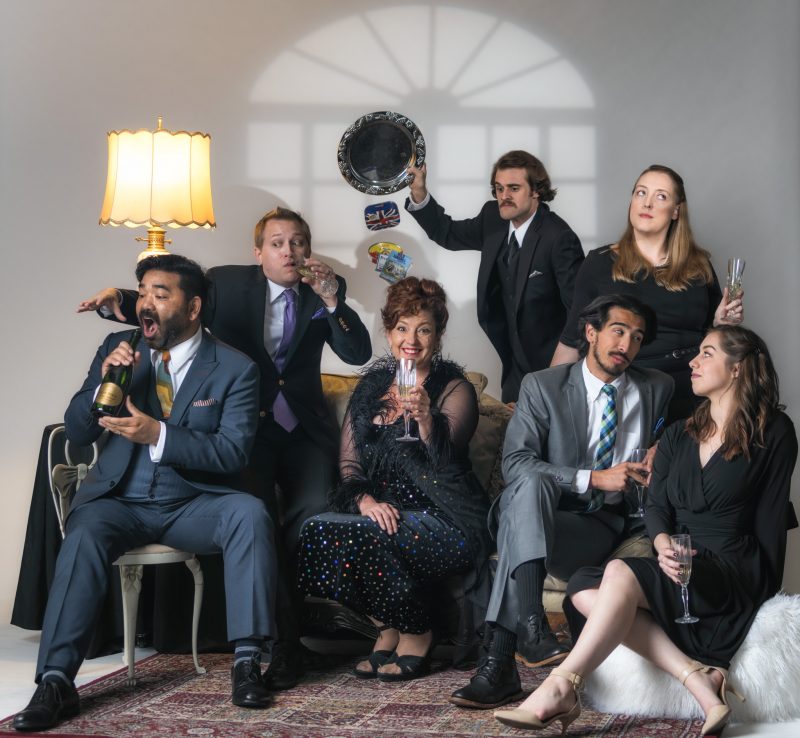 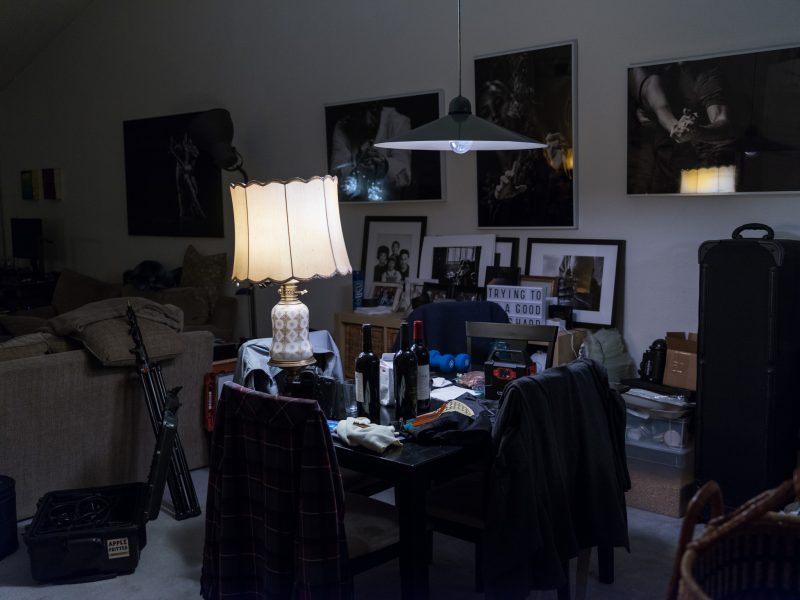 Testing my speedlight/Fong concept at home in the lamp before using it on the client’s shoot. I wanted to ensure I could balance the light with ambient light.

Setting up the ‘room’ with the lights and props. The talent found this very entertaining to see me flashing the lamp and gobo strobes while all of this was going on! LOL 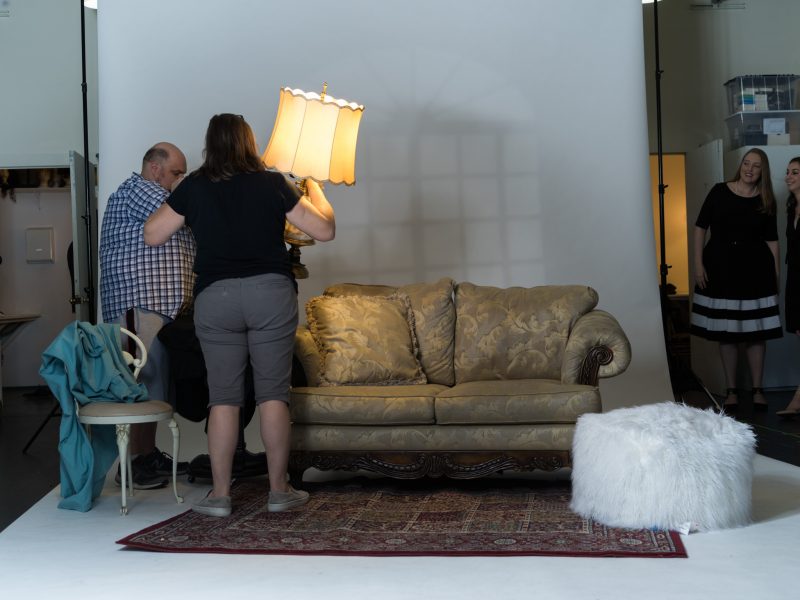 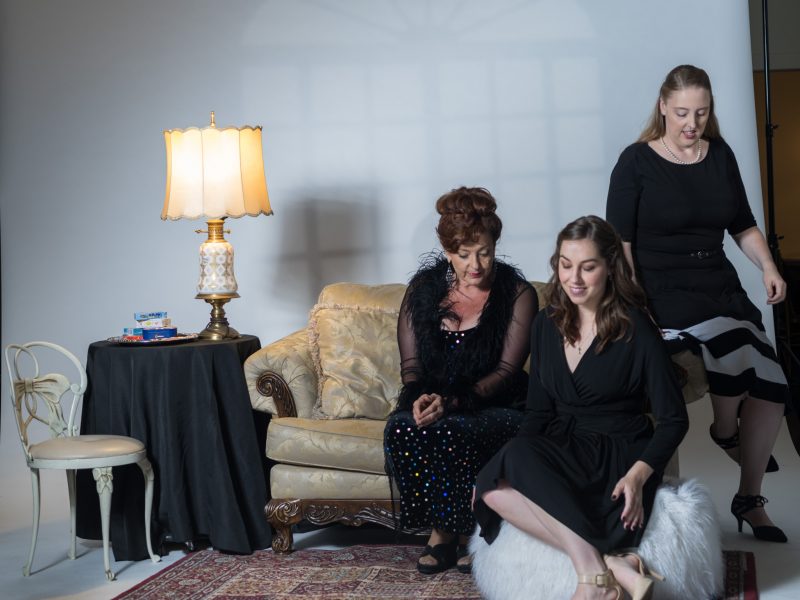 It was at this point I opted to change from my Glow Grand Para with focusing rod to the PLM 86″ I was not content with the light I was getting for this session with the Grand. Right tool for the right job is my motto.

Key Light was a PCB legacy 86” Soft silver umbrella. I had intended to use my Glow Grand Para focusing rod modifier, but found that PCB worked much better for this shot. Camera left was its placement. I cannot vouch for the newer version of the PLM soft silver umbrella as I have not purchased or used one. The strobe I used for the key light was the Flashpoint 600. 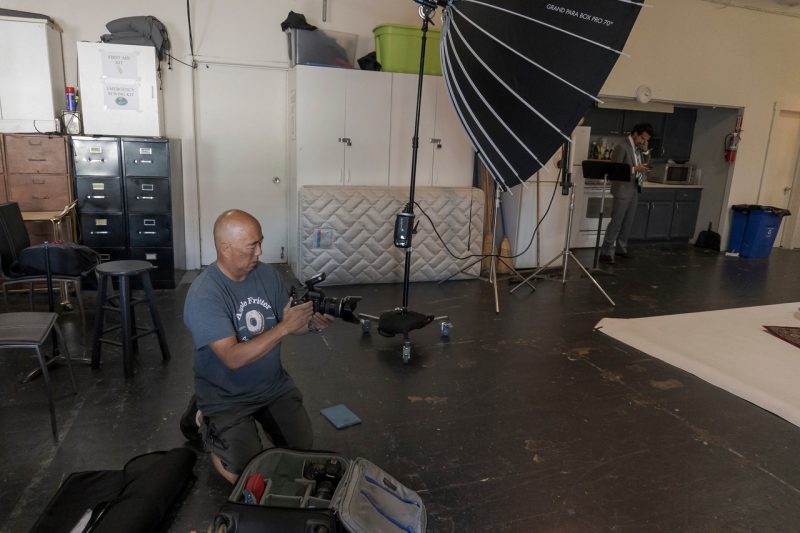 Here you can see that I started off using the Grand Para. I use my Pentax 645Z for all of my publicity work. 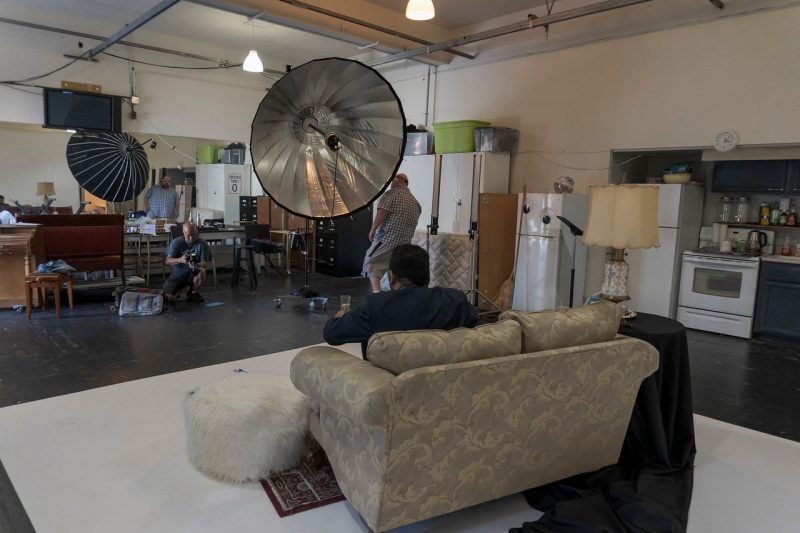 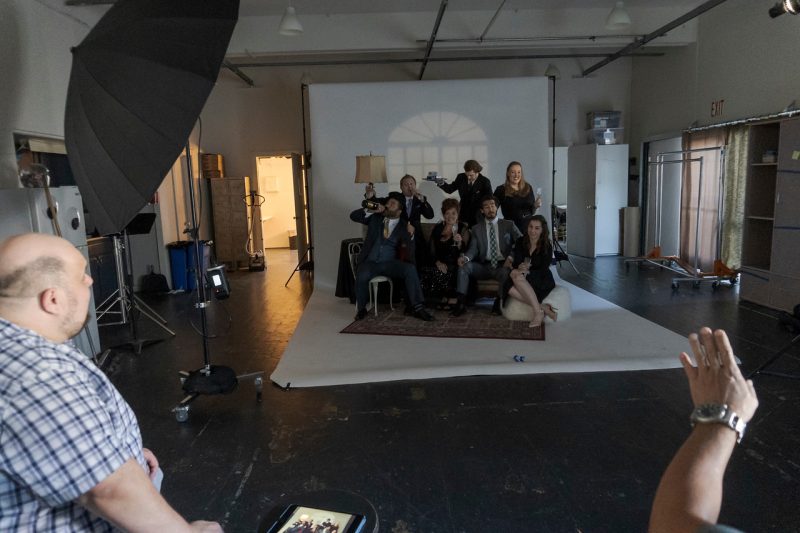 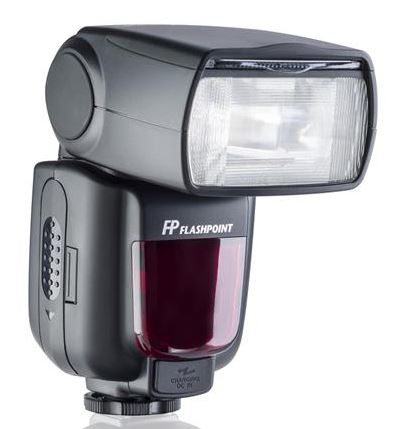 The lamp was lit using a Flashpoint Zoon R2 Manual Flash with a Gary Fong Lightsphere placed inside the lamp shade. Because I was using strobes, any normal light bulb would have been completely overpowered so I needed to illuminate the lamp with a strobe. It just added the authenticity of light that I wanted for the shot. 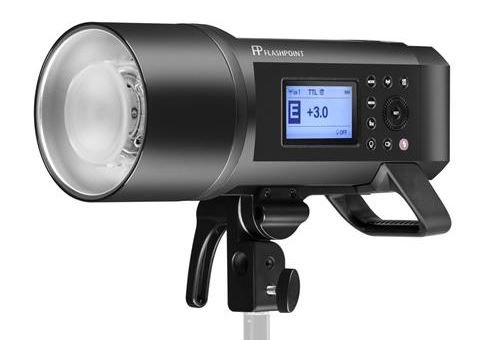 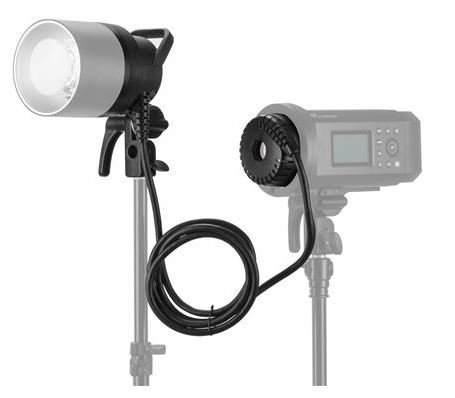 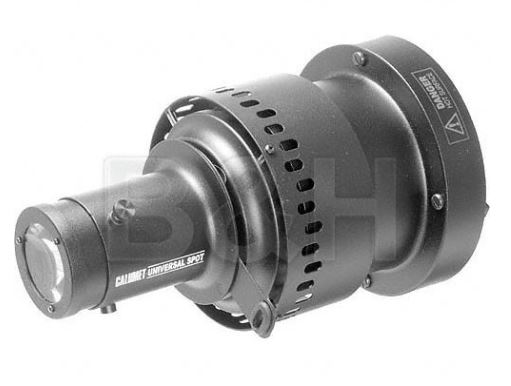 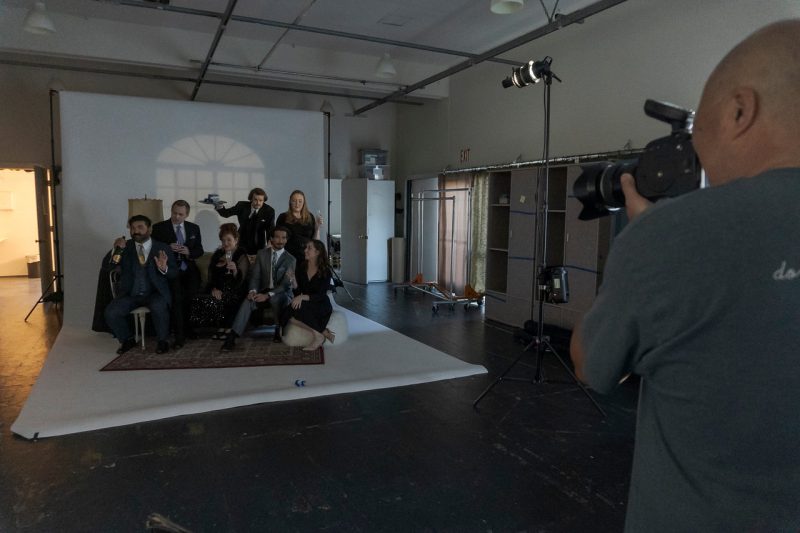 Just one of the best aspects of the new 600Pro is the intensity of the modeling light. Because of this I am able to accurately place the gobo light without any issues. As you can see I have the remote 600Pro head attached to the 600Pro on the lightstand. It acts as a great ballast weight too! I do wish the cord on the 600Pro remote head was longer…. It’s shorter than the 600 remote head.

Part of the story of the shot is the ‘butler’ dumping a tray of appetizers on one of the other characters. So in order to time the shot, I asked the ‘butler’ to nod when he was about to dump the tray. The tumbling of the items off of the tray was not done in post, but in camera. It’s just my workflow.

As professional shooters we are so often asked to create a mood and story out of nothing. It’s just the nature of the job. Using your imagination and different light sources/modifiers can do things that one can only imagine.

4 thoughts on “Seamless need not be boring!”