What Makes a Great Portrait?

You may find this Musing ironic since I chose to include only a single portrait in this article about portraits.

I make my entire living photographing people. It’s what I love to do, because I love people. To date I estimate I’ve photographed over 1,000 faces of all ages and ethnicities. My preference is to photograph men simply because I find them more versatile in nature. What does that mean? I find that the majority of women only want a single dimension of their ‘appearance’ to be shot one way…for beauty. Men on the other hand are more open to be photographed as rugged, sad, angry or in a myriad of other ways besides ‘handsome.’

Several years ago I was hired to photograph a Cirque performer in studio while she performed her hoop aerial act. Her exquisite movement, rhythm and body lines were so mesmerizing it was difficult to focus on my job at hand. I recall thinking about the amount of time and discipline it must have taken to make her movements seem effortless, as if I could do the same things without straining at all. Of course my thoughts were ridiculous, but because of the grace and seemingly effortless movement she executed I was captivated.

After we were done she began to look through the shots. And her only question? “Mark, do  you think I look fat in this photo?” OH MY GOD. It was at that very moment I knew that no woman of any age would ever be satisfied with her photo. Her question along with a recent incident that happened this week is what has prompted this Musing. 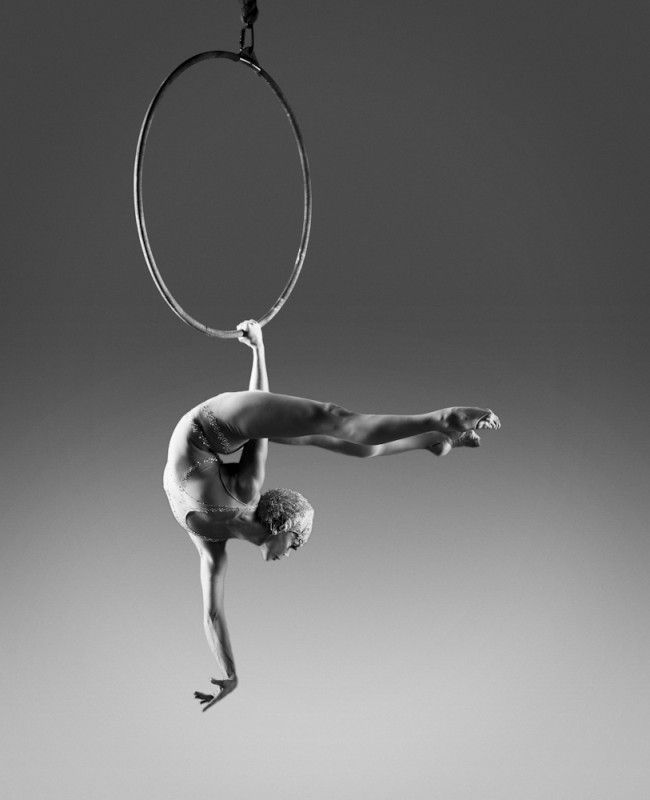 “Mark do you think I look fat in this photo?”

Two days ago I was hired by one of my clients to photograph several people for some publicity collateral. One of the individuals is a very talented and beautiful actress I’ve photographed several times in the past. She is a very private person, but in our short interactions I am captivated by her inner and physical beauty. I tend to not get star struck or nervous around any talent, but in her case I know I get a bit wide eyed because of her energy. During our session she confided in me that she HATES being in front of a lens, any lens. I wondered if she chose a career in live theatre over film or television because of that feeling. No matter…

Another woman who I interviewed and photographed for an article I had written told me when she reviewed my editorial images that she didn’t like any of them. That when she looked at photos of herself now she ‘realizes how old I’ve become.’ Yet during the interview I conducted with her she told me that when she was a young ballerina, she didn’t like photos of herself even in her youth. Eight months after her interview and photographs she has come to appreciate the photos we created together. She mentioned it has taken her that amount of time to appreciate the shots. So in a few months I will release her article and accompanying photographs. For my personal projects, I never release photos if the talent is not comfortable with them, no matter if they’ve signed a Model Release or not. It’s just out of respect for their feelings.

What is it that some of us dislike or even loathe about photographs of ourselves? I’ve always said that for myself if I could turn my physical body inside out I’d be handsome. Why? Because I know the ‘inside Mark’ which for me is the most handsome part of who I am. When I photograph people, especially women I look for their beauty, THEIR REAL BEAUTY. That aspect they were not born with, but developed as a soul. Sure there are people who may consider themselves more beautiful than others, but my reality is once they get in front of my lens, their physical beauty is diminished by what is inside, if the inside doesn’t match the outside. For my portraiture what radiates from within is the most beautiful part of the image. And what’s inside truly exposes itself even if the person has fooled themselves into believing they have a good soul. In some ways I believe that American Indians were onto something not wanting to be photographed because they felt part of their souls were being captured!

There are those who feel that their inner self is ugly, or damaged, or ‘not pretty.’ But what I’ve found is those individuals may have a low self image, but their REAL self emerges for a nano second on film. The beauty of a micro expression, sweet sadness or joy in the glint of an eye, all of these are seen by the lens. One of my most cherished photographs is of an older woman who has always felt her exterior is anything but attractive, her inner soul so damaged that it’s beyond repair. Yet in an instant, her REAL SELF emerged, wanting to show itself to the world and my lens was lucky enough to capture that moment. When we looked at that image she said in a hushed voice, “Gosh that’s how I’ve imagined myself, but have never seen it in a photo.” We both looked at one another and I simply said “That’s the real you and I’m so happy you showed both of us who you really are.” We both shared a tear.

So what makes a great portrait? One where you allow the real you to appear. For no matter how you may feel about the physical shell you wear or the inner soul you carry, there is a beauty which should be allowed to emerge. Those who truly know you see it all of the time, even if you don’t. And to live a life focusing on that which we feel we don’t have rather than what we really do is to discard the joy of who you are.

I’ll never accept “I don’t look good in photos.” I want to show you the beauty you’ve overlooked and hope from that moment forward, you do too.

2 thoughts on “What Makes a Great Portrait?”