INCREDIBLE! AT&T actually published my negative review on their site! Perhaps there is hope for the world! 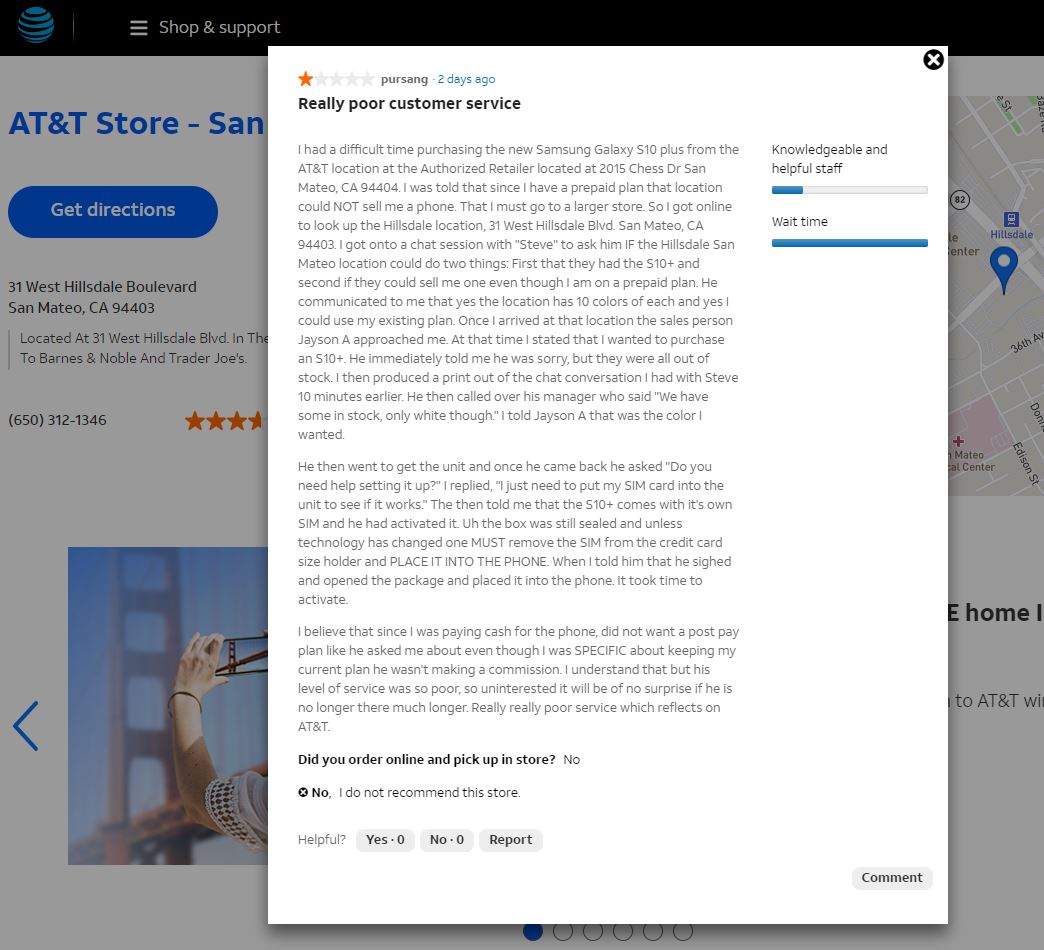 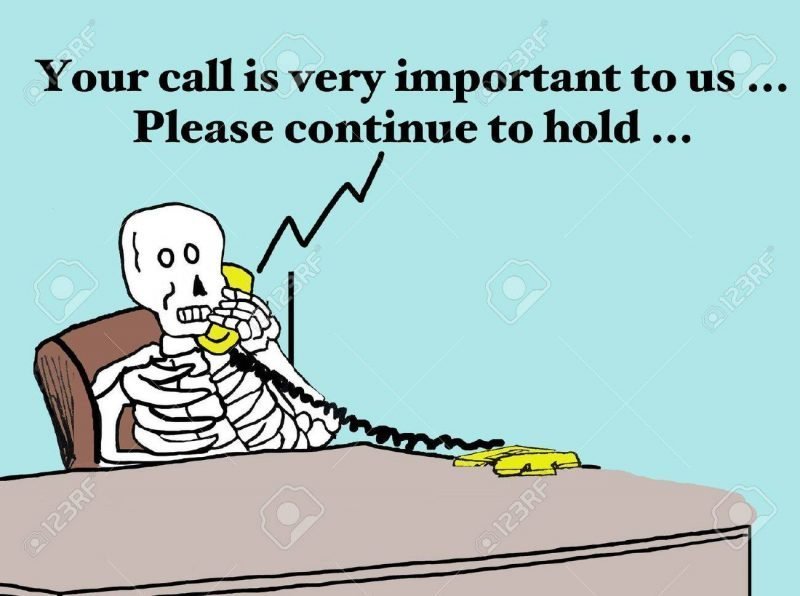 First of all this has nothing to do with photography. Nothing. Yet it has everything to do with what the world is witnessing in the decline of brick and mortar stores. Like many others of my generation (Baby Boomers) it saddens me. Institutions that were once retail icons, Montgomery Ward, JC Penny, Sears, Kmart now only exist either in history books (meaning on a Kindle now) or are about to become history. As a young man I was so fortunate to work for Mervin Morris of Mervyn’s Department Stores. Throughout my life he has been my Gold Standard for both leadership and customer service. “Nothing happens without a sale.” was just one of the many values he instilled in his employees. I was with Merv 11 years, even after he sold the company to the Dayton Hudson Corp which is now Target Corp.

I like to keep my ‘things’ for longer than most. My cars generally live with me for 20 years. I like to pay cash for things as I deplore payments. Five years before I know I will need a car, I make a monthly car payment ‘to myself’ placing it in a savings account. Then when I’m ready to buy, I purchase the car cash. It’s just how I roll.

So when I knew it was time to purchase a new cell phone I waited for the Samsung Galaxy S10+. My S7 Edge was getting long in the tooth, or more specifically short in the battery life. I had normally purchased or upgraded my phones at AT&T stores. But having passed the wireless sales booth at my beloved Costco for so long I decided to purchase it there.

So on February 26, 2018 I went in and preordered my S10+ and was happy to discover that those who pre ordered their phones would receive Samsung Buds free, a $130.00 value! Without going into all the gory details here was the comedy of errors caused by the salesperson “Jack” who is NOT a Costco employee, but an employee of the in store Costco vendor, Wireless Advocates:

The email I received to confirm my preorder came to my email address, but the name of the addressee was “Jack.”

I was PISSED. I came home and wrote a two page letter about my horrible experience, printed it out along with all my supporting documentation and hand carried it to the Costco assistant manager. She was incredible. Her listening skills were right out of Merv’s handbook. She was GENUINELY empathetic and kind. She let me know that she would let the store manager know as well as the staff at Wireless Advocates. Merv would be proud of her for sure!

So my girlfriend, bless her heart said “Let’s go to the AT&T store right by the house Honey. You can get your phone there, OK?” So off we went and I told the clerk I wanted to buy the S10+. When I told him I had a prepaid plan he then said “Oh, I’m sorry we can’t sell you a phone for a prepaid plan.” “Wait so you’re telling me I want to pay cash for the phone, I’m with AT&T and I can’t buy a phone?” “No you cannot, AT&T does not do that. But if you go to Target or Best Buy you can buy one.” WTF. So Target is in the same center so off we went. When we found the lone clerk in the “Tech Department” I said I’d like to buy a S10+. He said the phone salesman just went to lunch, I’ll call him. So he did and then told us “He will be back in 30 minutes.” WTF? So if the ONE phone salesperson is not there, NO ONE can sell a phone? So the next time you need an ambulance and the guy is out to lunch, he will pick you up in 30 minutes!

By this time I was more than pissed, I was completely disgusted by the total lack of customer service by brick and mortar locations. So I got online and looked up AT&T, called the Hillsdale location only to be met with voicemail jail. Round and round and round until I finally hung up. Then I got on the AT&T chat line with an agent named “Steve” and who really knows where he works. I asked him two specific questions:

Steve: “Yes they have ten in various colors.”

I printed out the entire chat conversation and put it in my jacket.

Once I arrived at that location the sales person Jayson A approached me. At that time I stated that I wanted to purchase an S10+. He immediately told me he was sorry, but they were all out of stock. I then produced the print out of the chat conversation I had with Steve 10 minutes earlier. He called over his manager who said “We have some in stock, only white though.” I told Jayson A that was the color I wanted and I was glad to have not taken his word on the stock in the store.

He then went to get the unit and once he came back he asked “Do you need help setting it up?” I replied, “I just need to put my SIM card into the unit to see if it works.” He then told me that the S10+ comes with its own SIM and he had activated it. Uh the box was still sealed and unless technology has changed one MUST remove the SIM from the credit card size holder and PLACE IT INTO THE PHONE. When I told him of that fact, he sighed, opened the package, removed the SIM card from the holder and placed it into the phone. It took time to activate.

I believe that since I was paying cash for the phone, did not want a postpaid plan like he asked me about even though I was SPECIFIC about keeping my current plan he wasn’t making a commission. I understand that but his level of service was so poor, so uninterested it will be of no surprise if he no longer works there much longer. Or even worse, he is the ‘new customer service normal.’

The series of poor customer service situations I experienced was not confined to a specific retailer. Wireless Advocates, Target, two different AT&T locations just did not want me to buy a $1,000.00 phone. And in a time when cell phone sales are on the decline it’s even more shocking. I literally had to be tenacious in my quest to spend the money. Based on yesterday I cannot wait for all brick and mortar stores to go the way of Montgomery Ward. Well except for Costco, REI and Nordstrom, those few locations in my experience who embody the Baby Boomer’s definition of customer service, you know service and knowledge.