My Dad had all kinds of great advice for me as I grew up. Like all kids I ignored most of what he was trying to convey to me…until I became ‘an adult.’ When I was about 14 he told me “Boy, a way to tell if you’re addicted to anything is to see just how long you can go without it. I’m not talking about breathing or going without food. I’m talking about crap you don’t have to have to live, but THINK you have to have.” 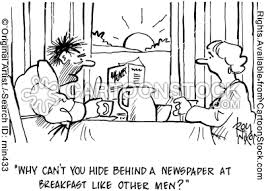 In a seemingly unrelated segue I was often put off when I’d notice families at restaurants where the Dad was reading the newspaper while the rest of the family was engaged in conversation. And I also felt sad when I’d see couples not talking at all to one another while they were eating. I’m so old that I remember when boom boxes became prevalent. (for those who have no idea what those are, Google them, which is now the replacement for intelligence.) I’d take the bus here and there and got really annoyed when people would get on with their prized ‘booms’ on their shoulders with music at volumes that would result in nose bleeds. It’s as if they felt everyone wanted to hear what they were listening to and most of us did NOT.

Like others what I once thought of as rude is now commonplace and in reality accepted as ‘the norm.’ Yes I’m talking about the dreaded mobile phone….

Let’s take an everyday example. Several friends are meeting to have dinner or drinks. Someone hears their ringtone or a vibration and the little bundle of technology is raised to their face. It matters little if they were engaged in conversation with those ‘in the real world’ because someone somewhere has sent a small sentence that needs immediate attention. We all know how important responding with “LOL” or a status update is MORE important than those we are actually sharing time to see. The cell phone has become the New Newspaper. In my mind when someone lifts their phones to their faces in mid conversation it’s saying “Excuse me, but what is coming through my electronic device is much more important than what we are talking about.”

Don’t get me wrong, cell phones are marvelous pieces of tech, but I wonder just how important it is to answer a virtual message in comparison to a person in your company. I also wonder if that same person would lift their electronic piece of joy to their faces during a job interview? During sex? At a funeral? Remember, what seemed rude to me just a few years ago is now something ‘everyone does.’

And don’t even get me started on those that can ‘truly multitask’ by texting while driving. My simple answer to that is “Do you think a neurosurgeon can multitask? Cool, because the next time you need brain surgery we’ll let them know you’re OK if they need to check their Facebook or Twitter account to see Justin Bieber’s incarceration status.” Hey those things are damn important! And I don’t even need to mention those who text while walking on the street. Despite my best efforts to avoid their blind path, it’s inevitable that once I bump into them an assured dirty look from the person cluelessly texting will come my way.

Now instead of a couple staring out at everything else going on in a restaurant to avoid conversation, all they have to do is pick up their own little magic boxes! Now what seems SO BORING can be entertaining. Do we have to figure out what’s wrong with our relationship? Naw, at least not ‘yet’ we have other things that can distract us! Cool!!!

Oh and let’s not forget my pal who gets on the bus with his boom box! Today’s equivalent? The narcissistic individual who is talking SO LOUD on their phones, be it in a restaurant, elevator or plane. I’m certain that what you’re talking about is SO IMPORTANT that the rest of us need to hear your one sided conversation. In truth I’d rather listen to crappy loud music than the drivel you feel is so damn important.

Our lives has become all about the important ‘screen.’ Whether it’s your cell phone, tablet (the PC version of saying my iPad), computer screen or HDTV we’re all about two dimensional moving figures in front of our faces. Problem is, it seems to me that it has the potential into making US into two dimensional beings. I love those who so proudly say “I don’t watch TV.” The next time someone makes that remark to me I will likely respond, “You don’t have to own a TV now, you have a mobile device. How much time do you spend on IT?”

I’m a parent and like most parents back in the day I would tell my kids “OK enough TV, turn it off and go outside and play. Why don’t you call one of your friends and have them come over so you can play outside and then ask if they can stay for dinner?”

And in reality isn’t it time we all turn off the “TV” and go out and play with our real life friends? And I promise to NOT read the newspaper at the dinner table while everyone’s talking.

So back to my Dad’s original piece of advice. Want to find out about your own mobile device addiction? See how long you can go without….