WARNING: This article has absolutely NOTHING to do with photography. So if you’re here to read about my latest review of gear you may want to move along. Nope this is one of my classic “Musings” which are simply my thoughts and observations about life, my life.

OK now that that’s out of the way I’m currently in Hawaii, Honolulu to be exact. My cousin and the rest of his family went to Japan for a visit and asked me to house sit for them for just under two weeks. Including this trip I’ve been to Hawaii five times. Most have been for about four days so it and those were more about sight seeing in ‘normal’ tourist locations scurrying between the beach and hotels.

Being in a local neighborhood is very different than those prior trips as is the length of time I get to be here. After about four days here I’ve noticed a subtle but very distinct difference from where I live in the Bay Area. But before I talk about that let me outline a bit of my history. I grew up in two very distinct areas of Southern California. First in Crenshaw which was predominately African American and then in Orange County which was predominately Caucasian. In both neighborhoods I was definitely the ‘minority.’ In Crenshaw I was “The Chinaman” and in Orange County I was “The Oriental.” 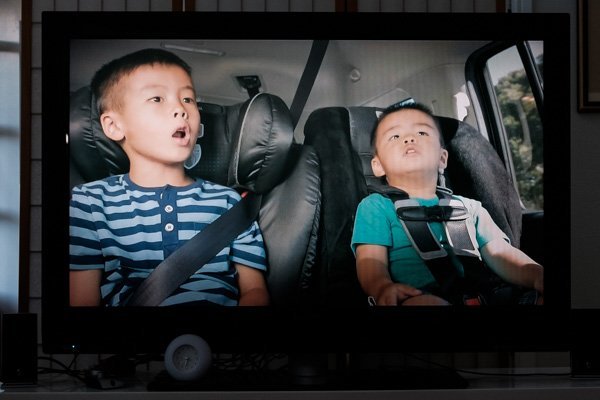 Auto commercial with kids in the back seat.

In my high school graduating class I was one of two non whites. Yep me and Jeff Nakasone were the only two non whites, at least the obvious ones. There was no overt prejudice even though my family was not initially welcomed into our neighborhood. Several of the existing neighbors started a petition to keep us out sighting our presence as a “devaluation of property values” in a predominately white area. Banks would not approve a mortgage for my parents, so they had to place an inordinately large down payment on their home, 55%. I say ‘not overt’ because of course our race was never sighted as the issue. 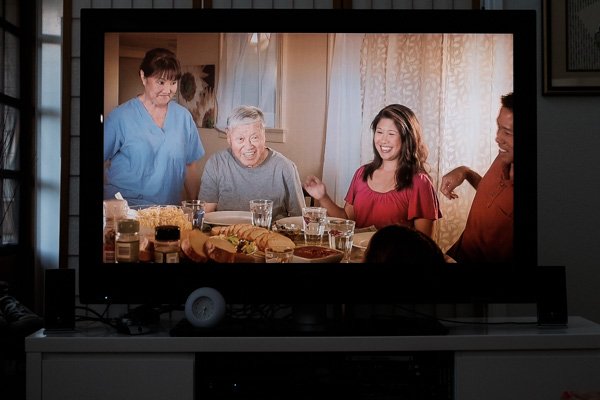 We moved from Crenshaw due to the escalating crime in the area. The sounds of police helicopters overhead and gun shots were just part of the neighborhood. All of my uncles and aunts stayed in Los Angeles because of the large Japanese American population. Japantown as it was known was a thriving Japanese American district in downtown LA. Just like all immigrant areas like Chinatown, Little Italy (North Beach in SF), The Castro in SF, affluent neighborhoods like Atherton and Hillsborough etc for those of old wealth. Human nature drives us to live where we are welcomed, accepted and feel safe with those similar to each other.

In my own ethnic culture I was sometimes referred to as a “Banana” white inside, yellow outside, not much different than African Americans who call some of their brethren “Oreos” black outside, white inside. I’ve never enjoyed a homogeneously racial area no matter what the race. I find it boring. As to my own encounters with prejudice both overt and subtle I’ve had my share. I don’t think it has been more hurtful than women being overlooked for management jobs or plus sized people feeling less than ideal. 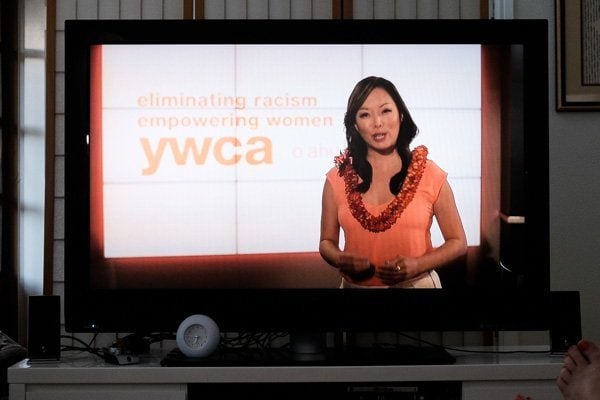 Commercial for the YWCA

And prejudice exists within races as well. While in Puerto Rico when I was presenting to the IUHPE (International Union for Health Promotion and Education – part of the World Heath Organization and CDC) with Dr. John Fodor on “The Use of selected Computer and Other Appropriate Technologies to Facilitate Health Promotion and Education,” I got into a heated discussion after my presentation with a doctor from Japan. He had been obviously hostile to my presentation, well as openly hostile as any Japanese National. So in my proverbial youth I really pushed him, goading him to tell me what was wrong because his ‘reasons’ about my presentation made no sense at all. He finally said “If your family had been prominent in Japan, none of you would have had to move to America. So what you have to say has no credibility with me!” And as my kids are so fond of saying, “Dad is ever only about five seconds away from telling someone to Fuck Off if you piss him off.” so that’s what I did and we almost came to blows.

Unlike that situation it’s more about the subtleties of what we encounter which brings me to the purpose of this Musing.

As I watched TV here on Oahu it struck me that people on TV look like me; just like me. Keep in mind that I live in the Bay Area, one of the most diverse places in the US. But Hawaii is THE MOST DIVERSE state in the US. As a matter of fact no one race represents a majority, none. But on TV whether it’s a commercial or programs other than national syndication, the vast majority of actors are Asian of some sort. The people in town are Asian, heck even McDonald’s serves rice with their breakfast as an option. And as I became more consciously aware of those subtleties I started to think, “Wow this is what it feels like to be the majority!” No one was asking me to tell them how I learned to speak such perfect English or where my folks are from originally. There is a comfort in being the majority and I can see why it feels so comfortable. Not just in specific neighborhoods, but in an entire city, an entire state. I was talking at length about this feeling with my partner who is a Canadian Caucasian. I tried to explain to her this ‘feeling’ that is different than back home. But in reality it is the same as her trying to explain to me how it feels/is to be a woman. I can certainly empathize, but can never KNOW what it is to be a woman, just as she could not fully appreciate what it feels like to be in a racial minority.

Back in the 60’s and 70’s when I grew up we all tried overtly to integrate. The Watts riots in the 60’s along with the work of Dr. King rallied minorities together. No not all of the things that took place were right, but like most human events, we swing the pendulum the complete other way in order to ‘correct’ what was incorrect.

Because I’m much older now the impact of how the media portrays ‘normal’ does not have the same affect on me as it did when I was younger. Yet how we view media has a very powerful and subtle affect on our lives as humans. Have any doubt? Just think about how individuals like Kim Kardasian are portrayed in the media. Is her claim to fame something you’d like your own daughter to embody? Fear is used to increase media coverage; only the most horrid stories are reported. “Feel good” stories if they are told at all are relegated to the end of a news broadcast.

My whole point here is the media plays an even more influential role in our society than ever before. The subtleties of how people are depicted, are more powerful than any weapon of mass destruction over the long term. I would never change being a minority in the period in which I was raised, for it has helped me immensely in understanding humanity. Would I like to be the Majority for the rest of my life? Nope I really like the experience of no one being the majority, but for some it may be too uncomfortable to swallow or others too daunting to comprehend. In a world where technologies advance leaps and bounds by the month, humanity and our frailties move much slower. I simply wish to acknowledge that change on the surface is no change at all. Walking in another person’s shoes can awaken thoughts and understanding never before considered.