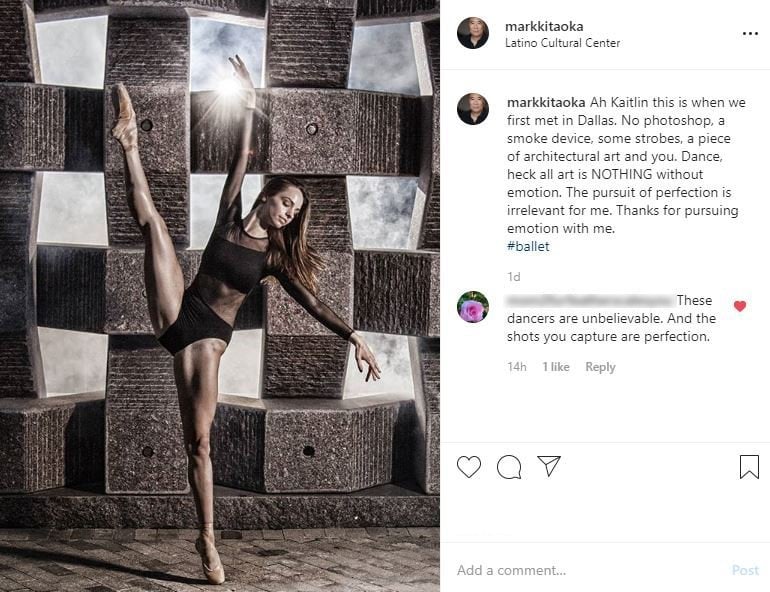 I had posted a dance photo I created a few seasons ago on Instagram. A close friend left a comment, “And the shots you capture are perfection.” Her comment was certainly well intended, yet it gave me pause. There are photos I take which I feel are ‘captured‘ but in this case the image was created. I will explain….

A year before I created this image of Kaitlin, a professional ballerina, I was hired to shoot the original Soluna Festival for the Dallas Symphony Orchestra. One of the venues I covered was the Latino Cultural Center in Dallas. Upon arriving I noticed an art sculpture in the main patio entrance of the center. I was completely captivated by the texture and structure and immediately felt it would be delicious for a dance shoot. Even though I had none planned at the time.

A year later a local ballet company hired me to shoot in and around the Dallas area and that is when I used the structure for one of the images. (You can view the BTS video of that session here.) 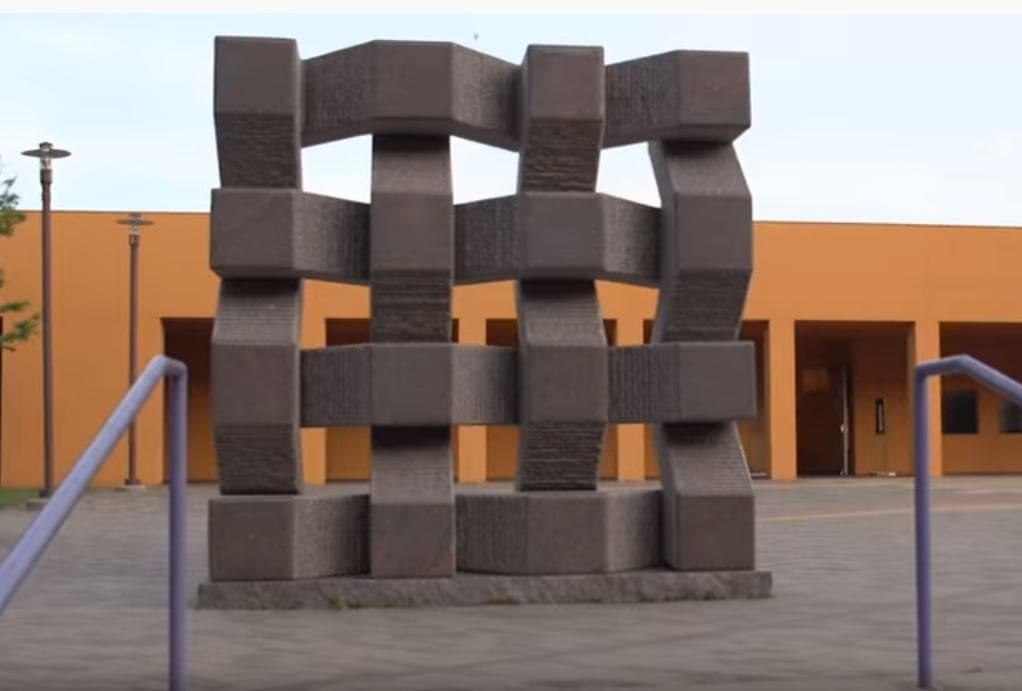 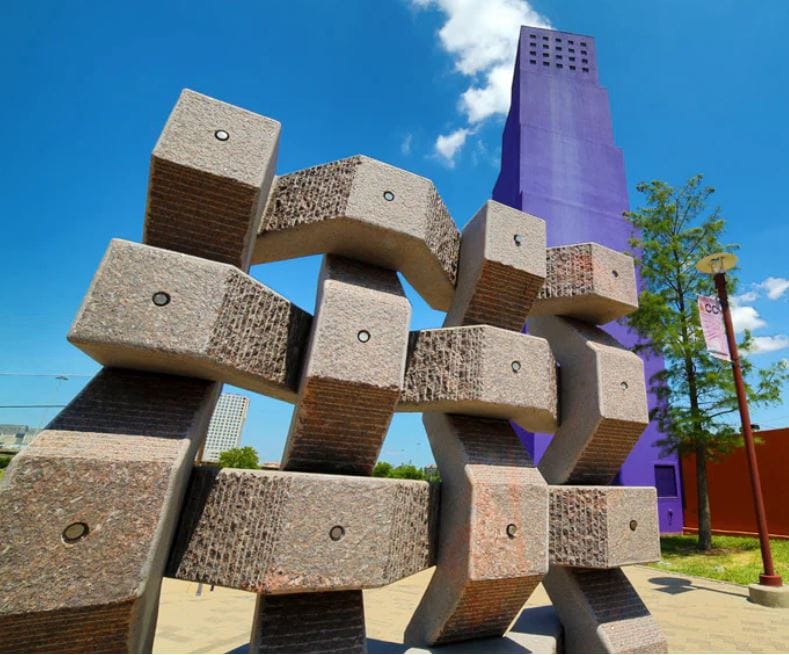 Setting up the strobes for the shoot. It was at dusk. 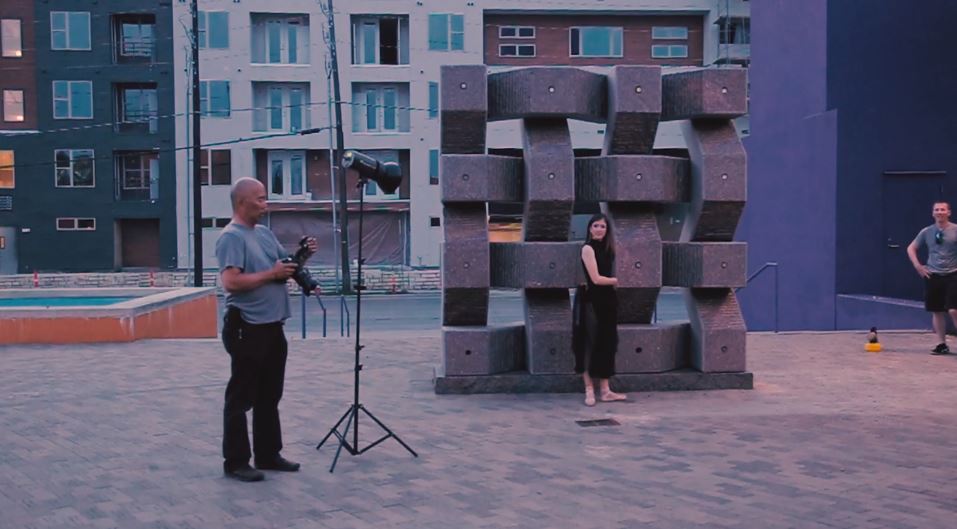 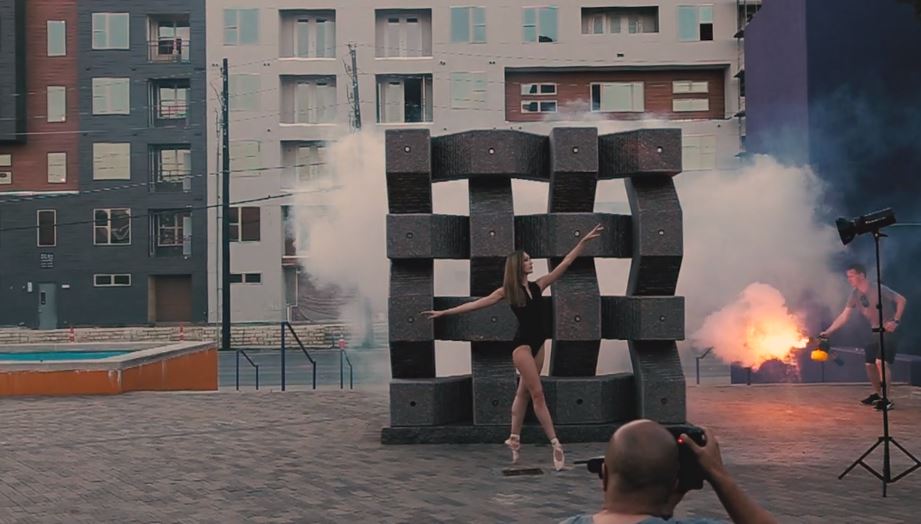 The smoke was NOT added in post, but done in camera. Always my preference.

So in this image or any of the images I create for a client, my personal view is it is not captured but created.

For relaxation I do capture images, images in nature…. During the 2019 Christmas holiday I went to Joshua Tree National Park to camp for four nights. And it was there I captured images in nature. Sure I guess technically one can say I am creating images, but my view is the scene is found and captured not created. Who really knows and for most it does not matter. Yet the distinction means much to me. 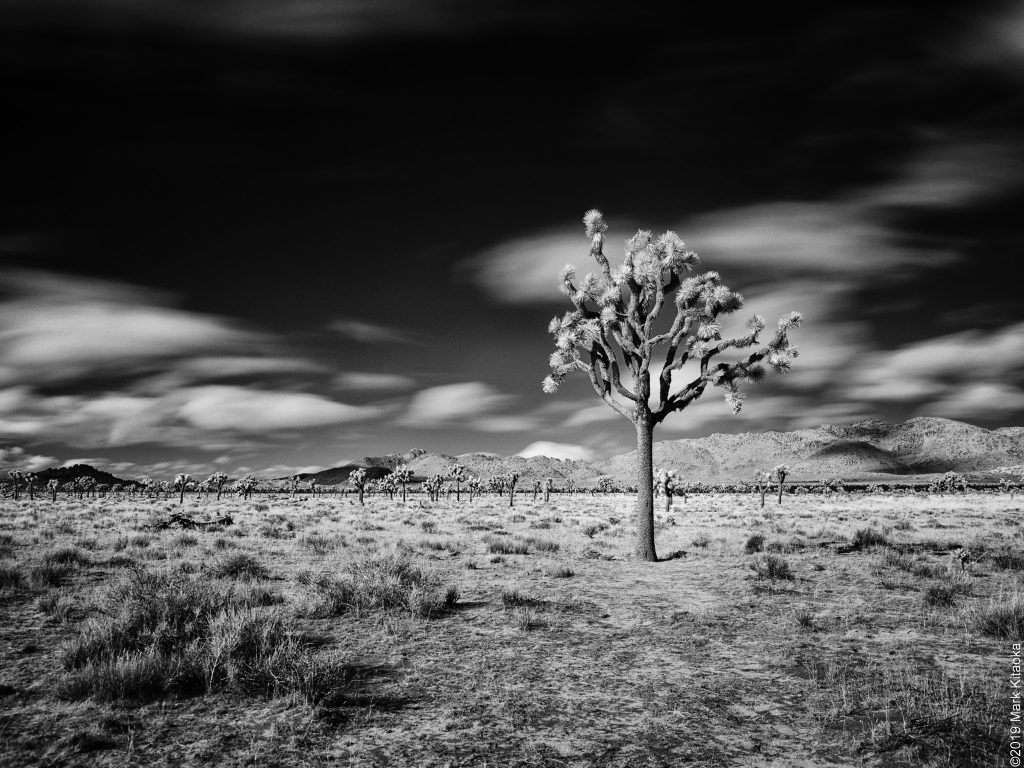 Infrared photography for this image. 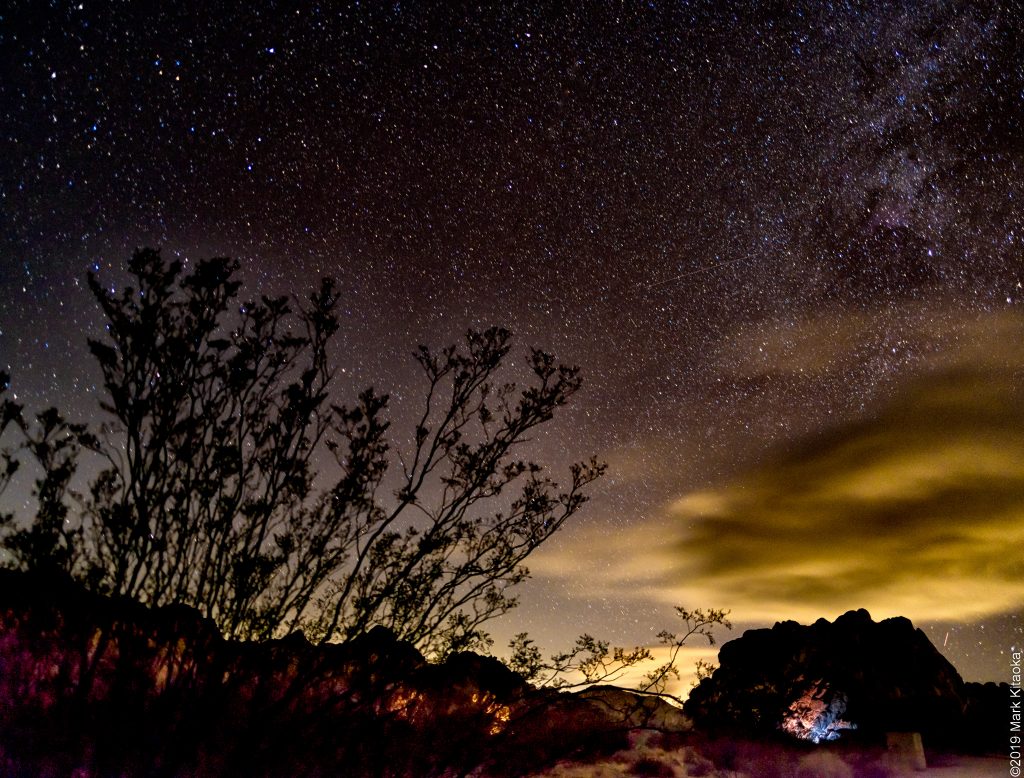 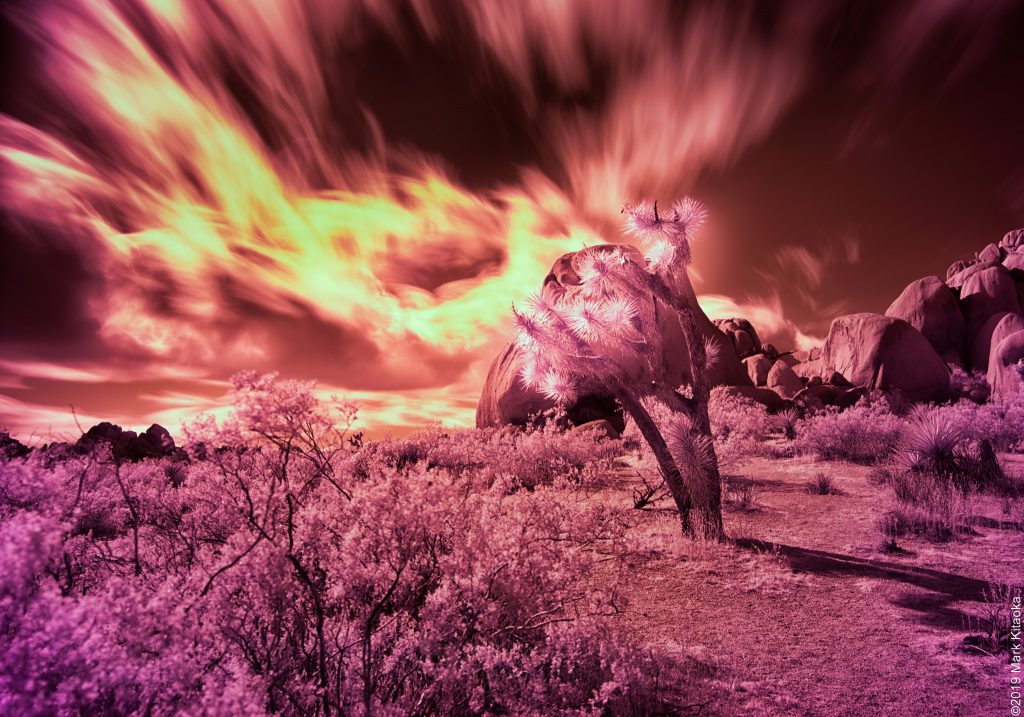