Update to the update. The visitor who left me a message stating the baby pin did not come with their stand was mistaken. THE STAND DOES INDEED COME WITH THE STAND AND CAME WITH THEIRS. I have deleted their comment in the comment section.

I continue to appreciate the strength and build quality of the stand. I have been using it to hold my Mole Richardson 412 converted Hollywood Fresnel. The total weight of the Mole with barn doors and 1200ws strobe head is 29 pounds. Add to that the weight of one or two Flashpoint 600s and this thing remains rock solid. The only downside? It’s a bitch to lift that spotlight up! LOL 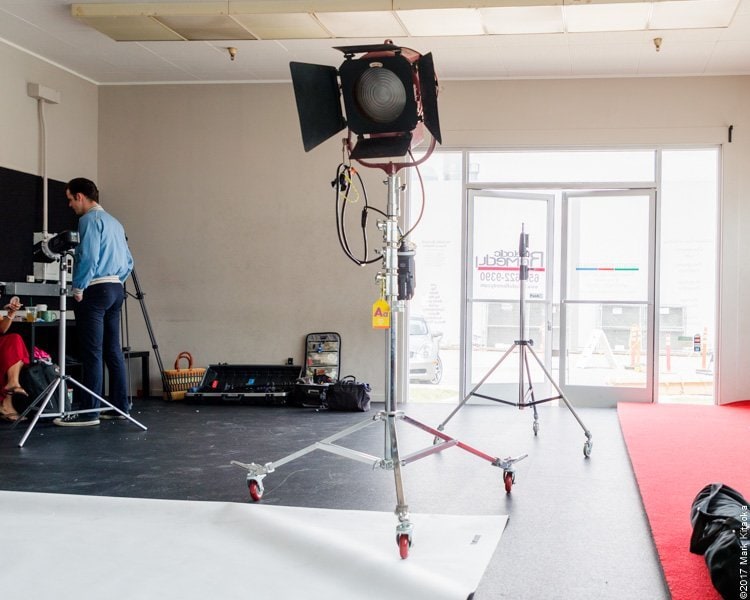 The more I use these stands the more impressed I have become. Not only do I find they present a better value than Matthews stands, but their wide footprint makes them invaluable for my work. I use one religiously whenever I’m using a long boom arm to suspend lights/modifiers over the talent. I’ve found that by placing my 15 pound counterweight on one of the legs rather than on the boom arm is beneficial for two reasons. First I am not having to lift an additional 15 pounds up while raising the height of the stand. Secondly the lower placement of the counterweight is more effective in offsetting the weight of the modifier and light head than placing the weight in a higher location on the stand. 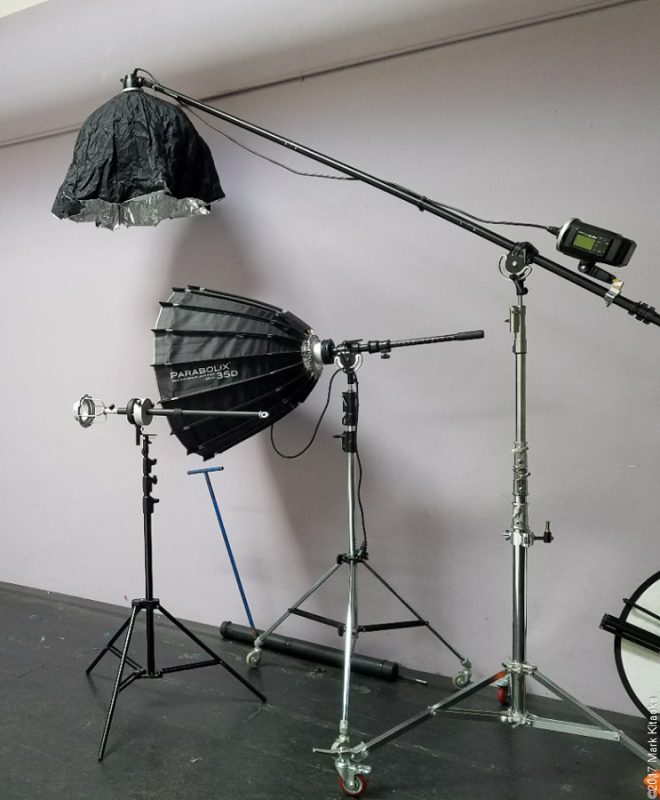 In the very lower right hand corner of this image you can see the 15 pound counterweight I have attached to the leg of the stand. 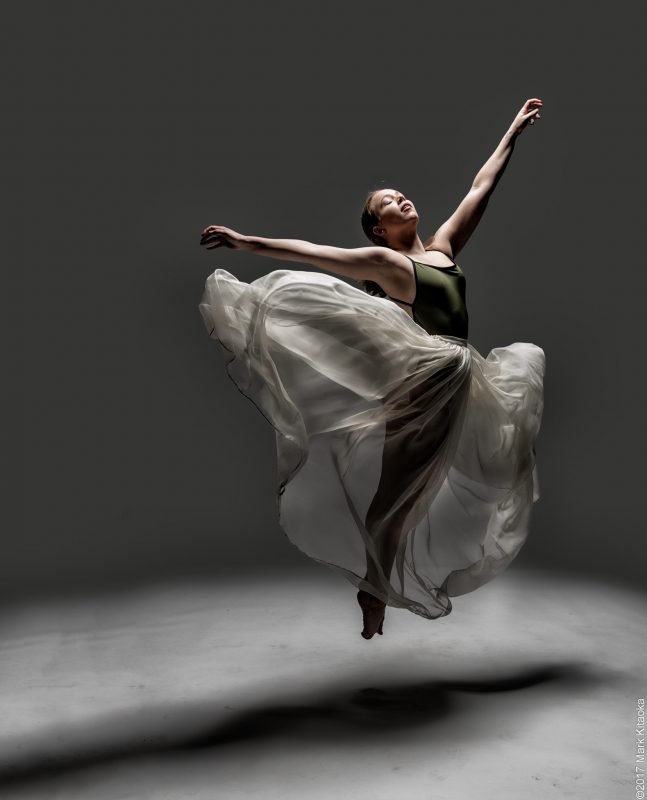 The stand and boom arm makes images like this much easier to create.

I’ve had the opportunity to use this stand extensively over the past few months. I will simply say that whenever I need to ENSURE that my light/boom/whatever combination needs to be rock solid it is my go to light stand. I always use it when I’m using a boom arm for an overhead light. Or when I use my 59″ Zeppelin. Do I like lugging it to locations? Oh hell no!!! It’s damn heavy, but the trade off of stability and rock solid dependability to ensure the talent is never at risk of being injured is well worth it! 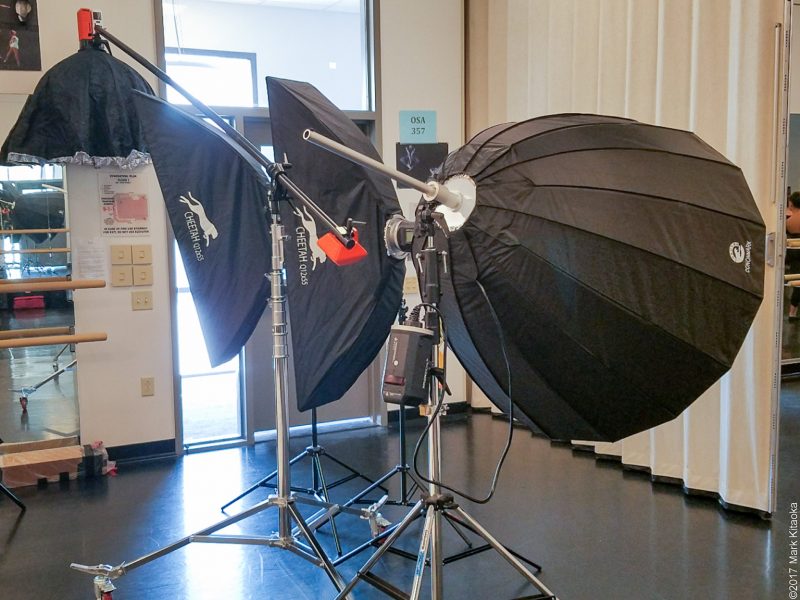 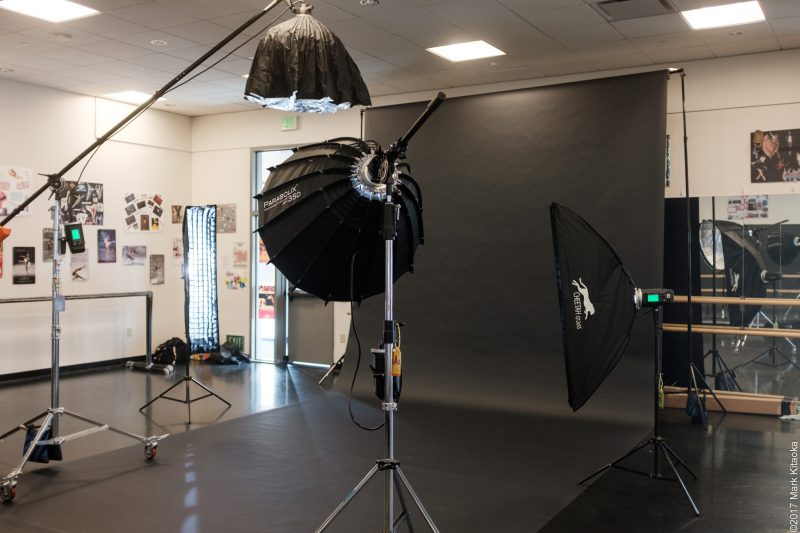 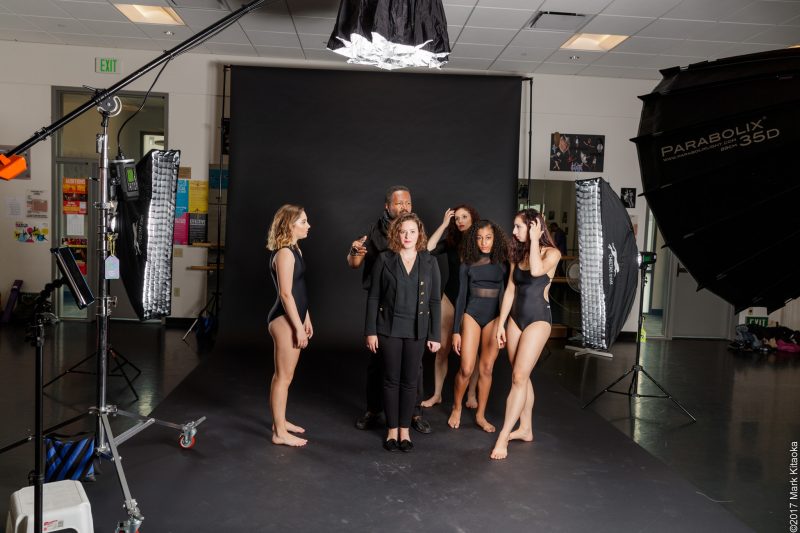 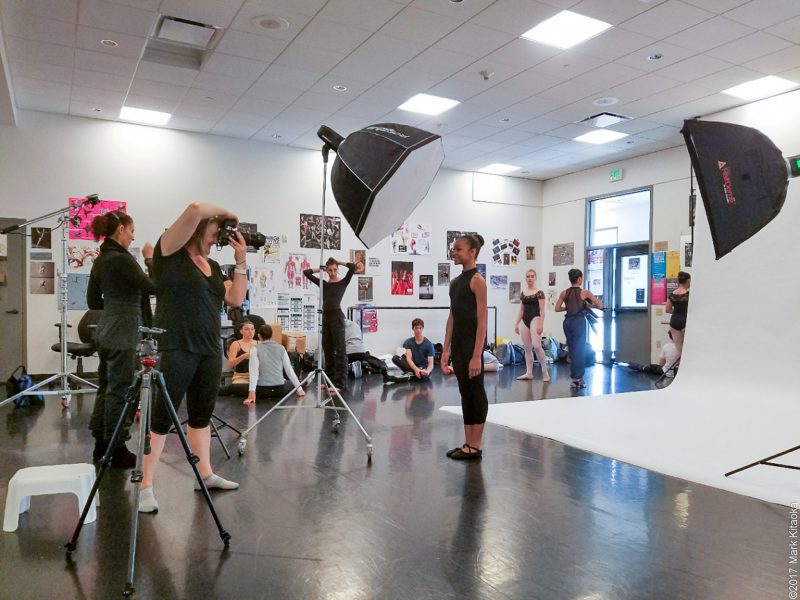 I have two, but my partner has hijacked one of them when she’s also using a boom. As you can see on the left side of this photo she’s kidnapped one for her sessions!!! GAH! And she’s also helped herself to my Elinchrom Rotolux!!!!

I am preparing for a fashion shoot and due to the way I will configure my 59″ Westcott Zeppelin on my boom I could not be happier with my  Flashpoint Junior Steel Wheeled 12′ Stands! Their huge footprint makes them so stable for things like this. 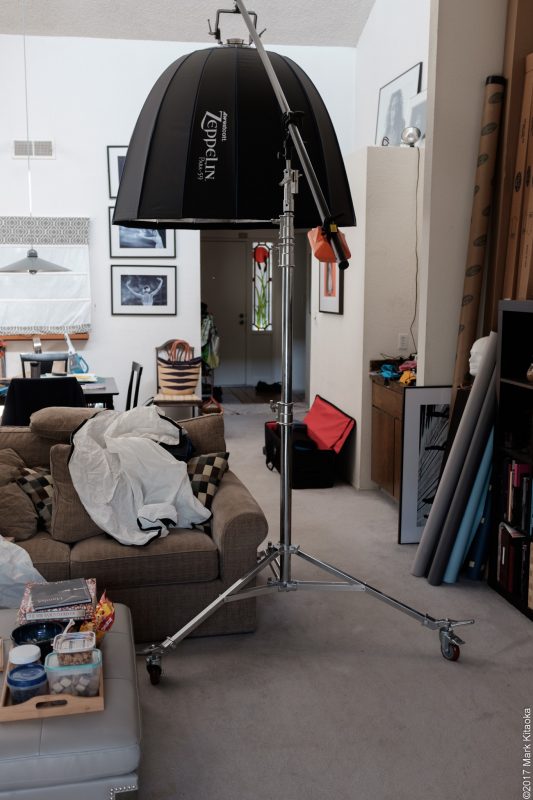 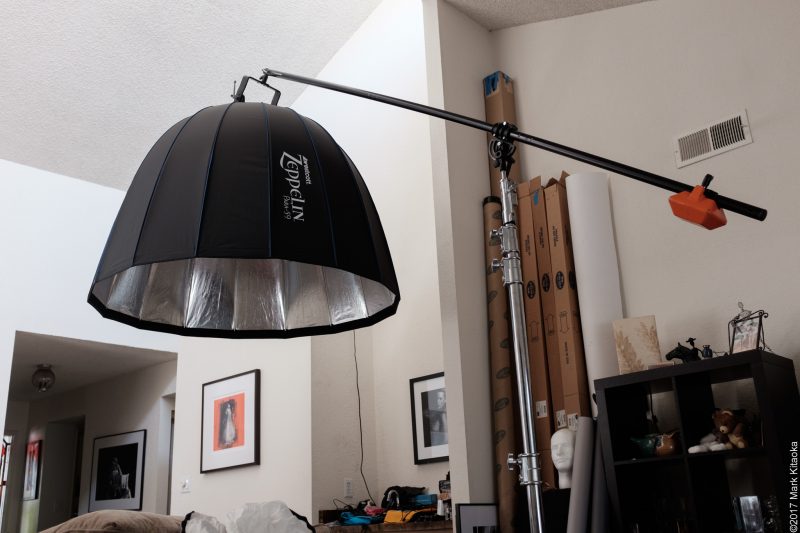 I recently wrote an article about using all of my Xplor/Godox lights in one shoot including the Junior Stands. You can view that post here.

Today I ran an eight hour studio session for a client’s upcoming season brochure. I was able to use the Flashpoint Junior Steel Wheeled Stand – 12′ for an entire day. I should explain that this day involved shooting seven different scenes with different talent for each, so moving lights around was constant. I will simply say that the stand performed FLAWLESSLY and I will not hesitate to purchase another and another. The wheels are incredible and roll over extension cords with ease. Granted none of my strobes use cords, but my smoke/haze machines/wind machines do! These stands are highly recommended for its performance and value. Be forewarned these are not sissy stands, they’re heavy and beefy, use them in studio only! 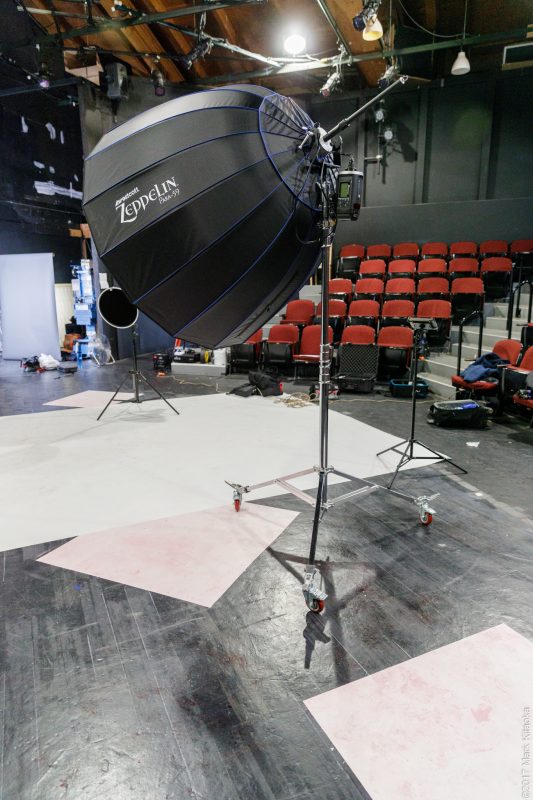 That’s a 59″ Zeppelin to give you some perspective of the size of the stand. The footprint of the stand is great! Large and stable. 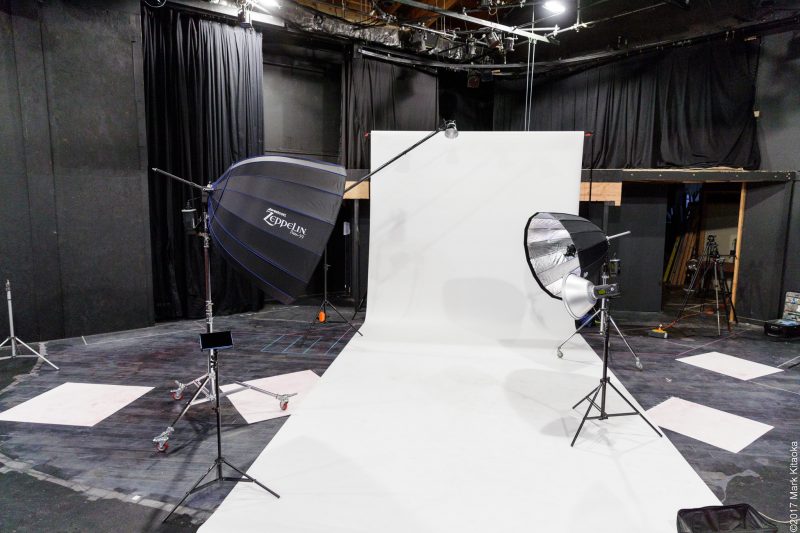 The modifier on the right is my CononMark 42″ inverted octa to give you some comparison to the Flashpoint stand on the left. 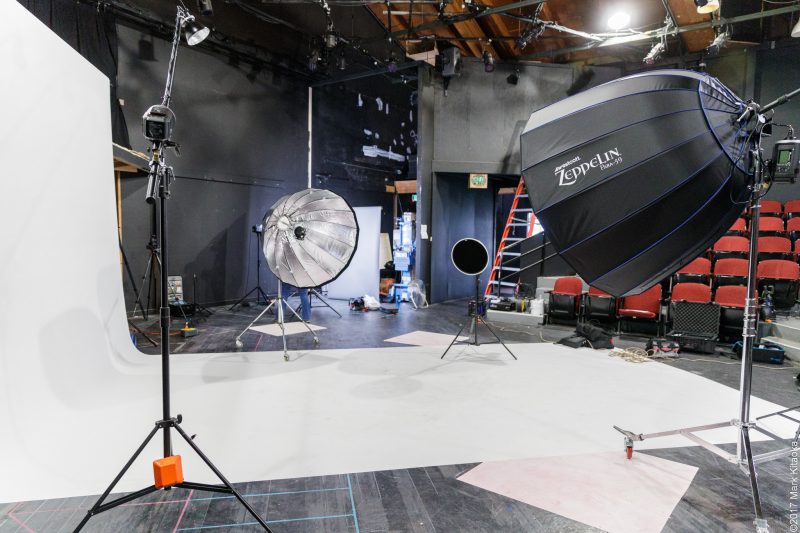 A pulled back view of my first set up using the Flashpoint stand on the 59″ Zeppelin to the right. You can see how large the stand’s footprint is in this shot. 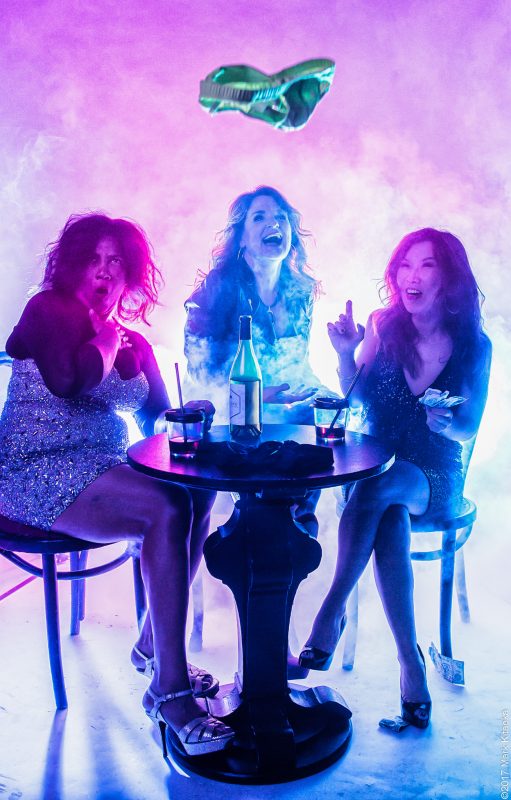 The only shot I am currently allowed to share. Publicity image for The Full Monte. Every single light in this shot is gelled. Five total lights 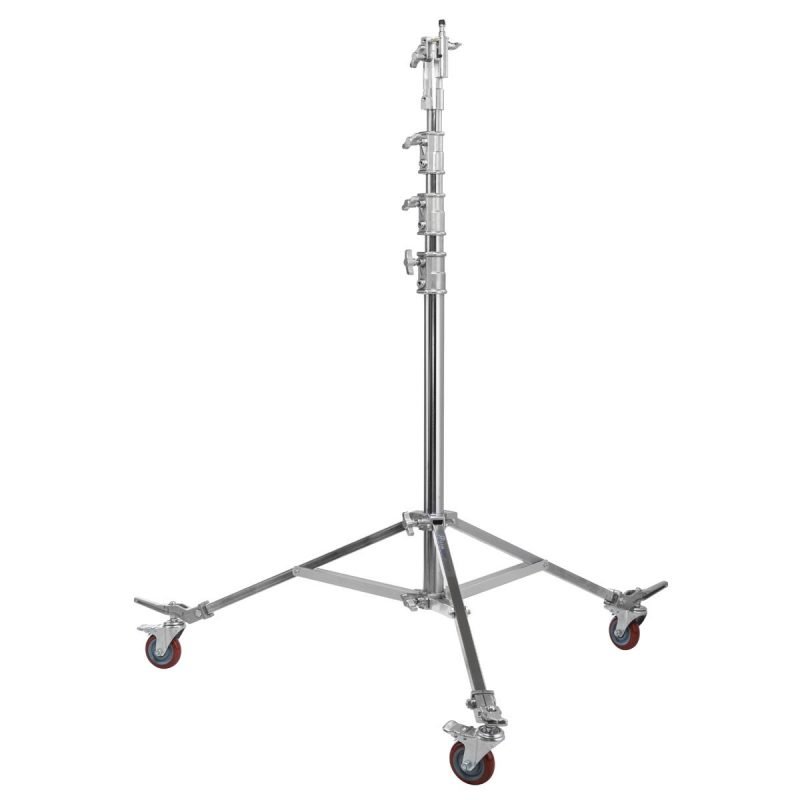 As with all things there are items which are ‘sexy’ and exciting to buy and then there are those items we all need, yet are consider pedestrian at best. Toilet paper, dental floss, nail clippers, yada yada yada. You get the picture. All of those items are necessary in life and we all have our favorite brand of those things, but seriously I just don’t get that excited about buying TP or dental floss. And the same can be said about light stands…Meh, Yawn, Whatever…

So just like most people starting out I skimped on those items. After all how different can they be anyway? A light stand is a light stand is a light stand. I’d much rather spend my after tax dollars on a new lens, new camera body, new etc. But as time and experience went on, I found that like most things, purchasing the right gear initially actually saves money in the long run. I prefer to use wheeled light stands when I’m in studio. For the past five years I have used two Matthews Baby Junior Triple Riser Stand with Wheels. I’ve loved the quality of their construction. But after experience I found that the footprint of the stands at 49″ was too narrow when I was using a boom or a large modifier like my 59″ Westcott Zeppelin. As I increased the height of the stand it required sandbags to keep the whole set up stable.

Recently Adorama sent me a 12′ Flashpoint Junior Steel Wheeled Stand. As I was assembling the unit several features struck me as very positive. First the wheels, they are urethane type and very sturdy. Second the bolts that attach the wheels to the legs have molded recesses for the nuts. What that means  is instead of having to use two wrenches, one to hold the nut and the other to turn the bolt, the nut recess is shaped like the nut. Very well done and shows me someone engineered the units well. And finally the footprint of the light stand is an impressive 68 inches! A full 19″ wider than my Matthews stands. With a maximum height of 12 feet which is 1/2 foot taller than my Matthews stands it is more stable, a very important feature. 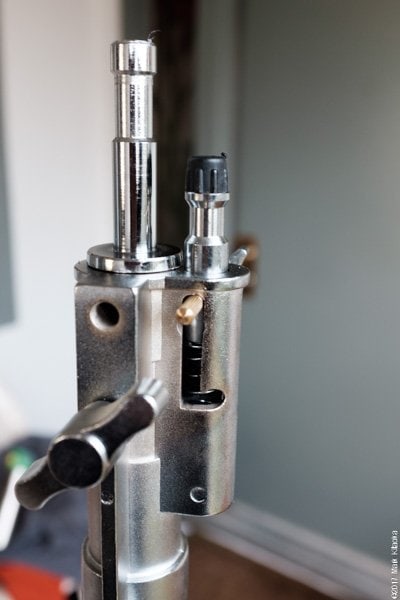 48 inches from wheel to wheel is damn impressive! 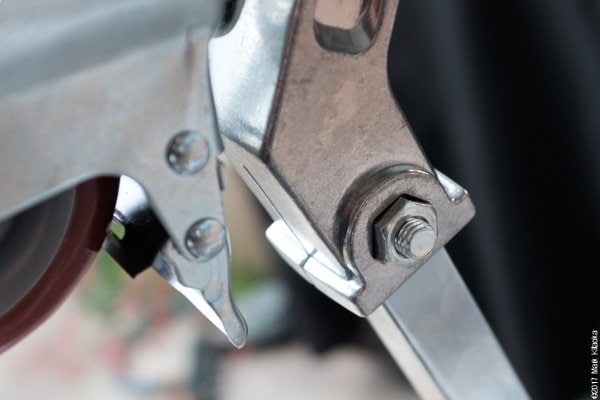 This is a shot of the molded recess for the wheel nut. A very welcomed detail. 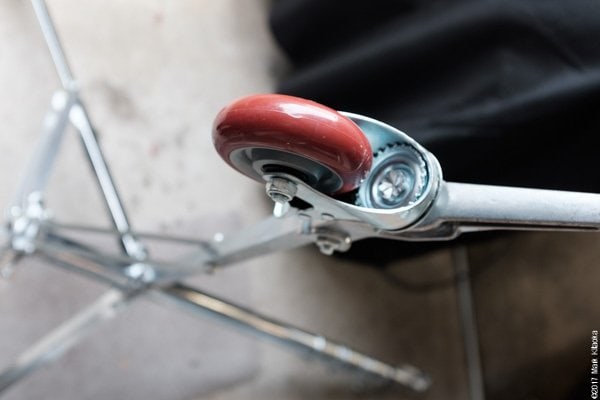 The wheels are a great diameter and high quality urethane. Locking of course. 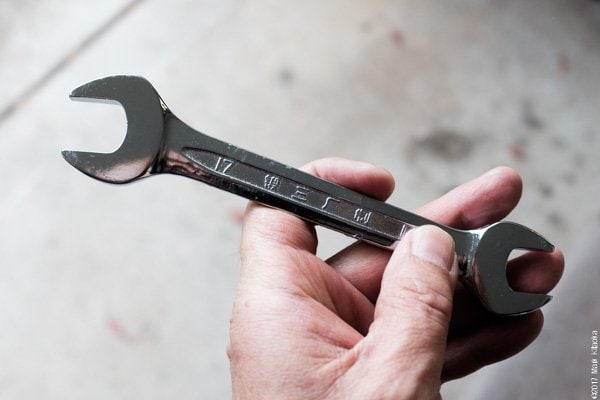 They even included a 17mm box wrench to install the wheel bolts! 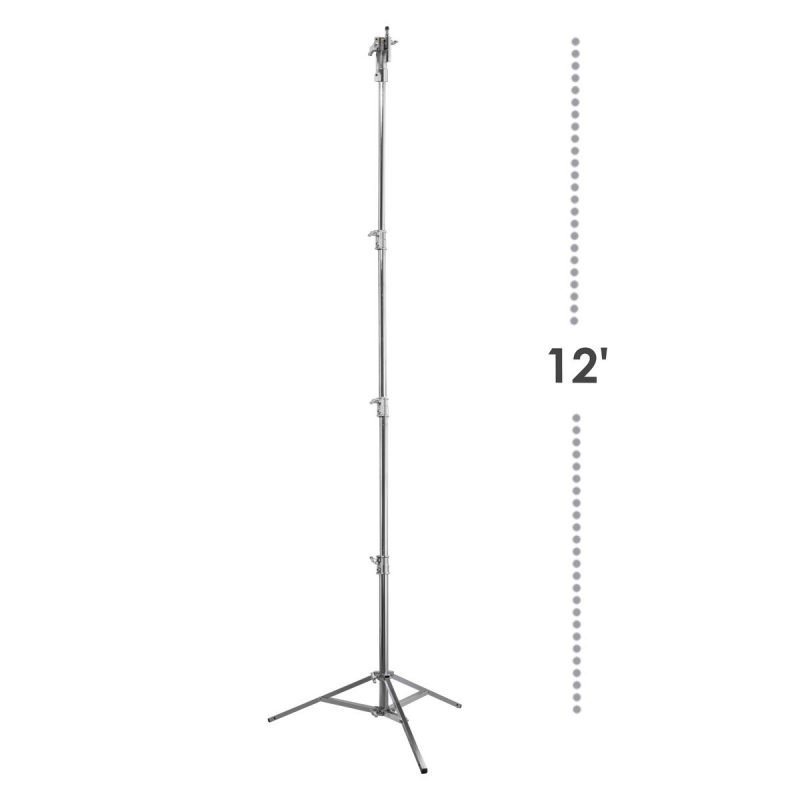 And finally the Flashpoint stand is 105 bucks less than the Matthews stand. What’s there not to love!?