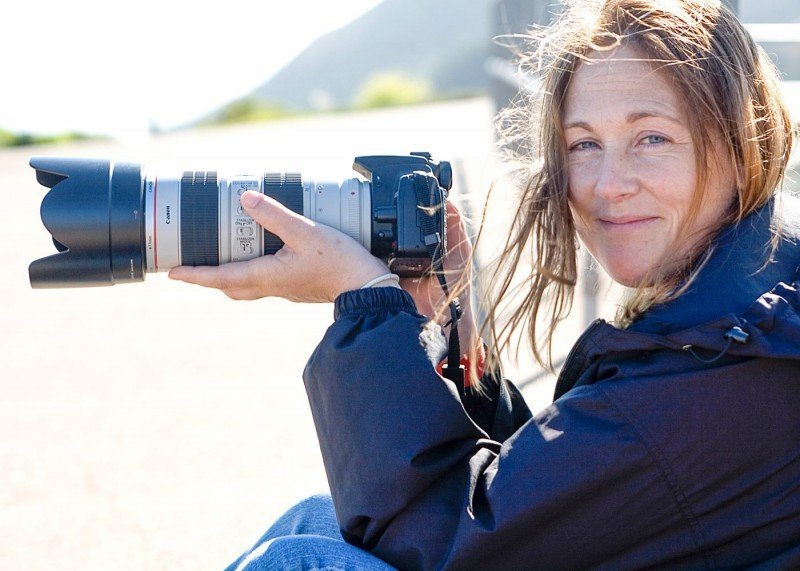 This is a new series I’ve started. I’ve often wondered why we reserve eulogies for when people die. I’ve attended far too many funeral services and wondered at each one, “Why do we wait’ to ‘tell’ the people in our lives why we adore them, funny stories known so often to only a handful of people?” It seems insane to me so I have decided to write about those I love or admire….while they are alive.

Tracy is my life partner, who also happens to be my business partner. Together we are simply known as “Mark & Tracy” the folks who take photos for different art agencies. Tracy is the ‘nice one’ the one who seldom has a harsh word to say about anyone, even the most vile people we know. Part of it is because she’s Canadian, they apologize for everything! When she first moved to California she would obey every single rule. It use to drive me nuts that she would not even cross the street on a green light if the pedestrian little man was red. 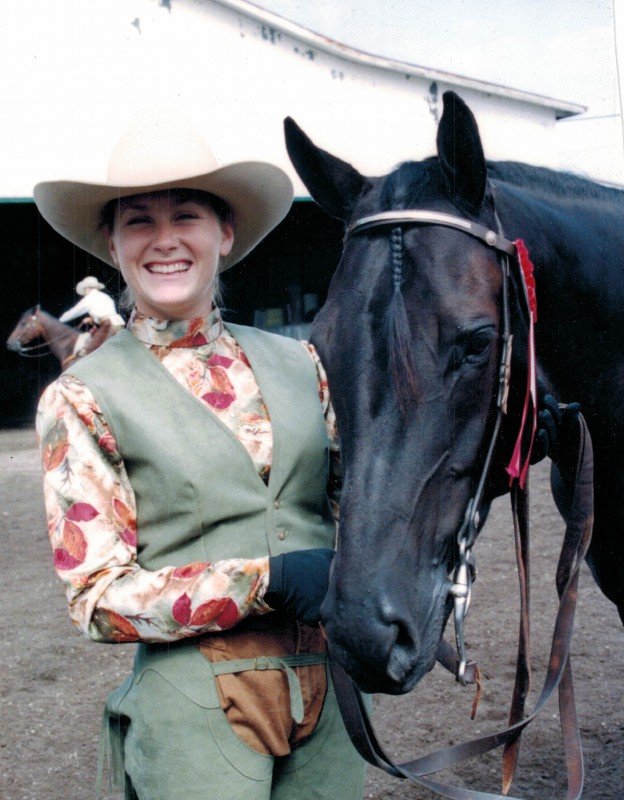 Tracy and one of her horses

Tracy grew up on a farm, a horse farm to be exact. She likes to recall moments in her life talking about horses. She told me a story one time that when they found a horse who would not follow the normal training effective with most horses. They would tie it to a burrow. The reason? A burrow does exactly what they want to do and the horse must follow. After a few days of this ‘pairing’ the horse was more than willing to do anything BUT being tied to the burrow. She often threatened to tie me to one… And I’ve often worried that if I got a broken leg she would simply “Put me out of my misery…”

I have never met anyone with a larger heart than Tracy. She gives everyone the benefit of the doubt, even those who have betrayed her trust. She also has this scary sense of direction I simply refer to as “The Uterine Tracking Device.” No matter where she is she simply ‘knows’ which direction we should travel in order to find our way. 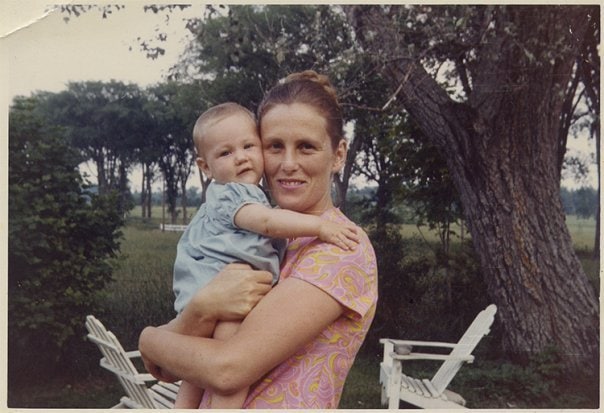 Tracy and her mum Judy 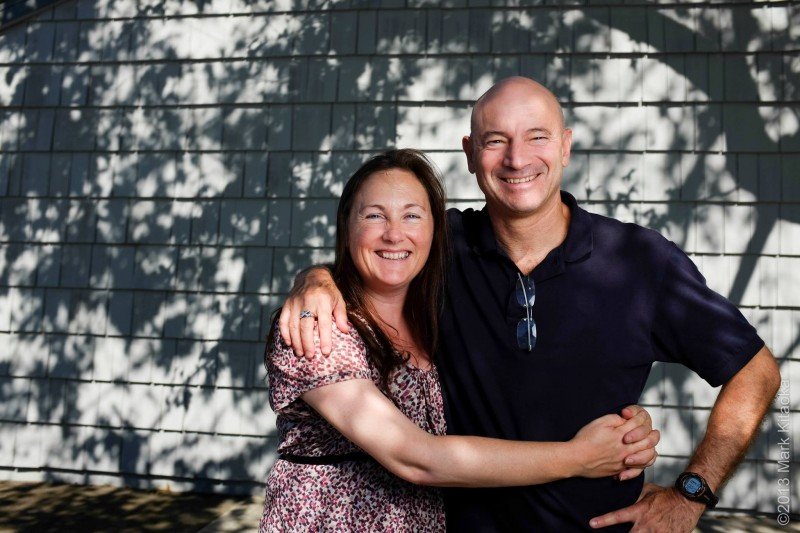 Tracy with her half brother Craig

And the girl can cook! We never eat the same home cooked meal twice. Why? Because she constantly changes her recipes, never using the exact same spices twice. Yet each time it tastes delicious. One of our friends from France makes excuses to come to the USA just so he can enjoy her blueberry pancakes. In the beginning we did what most couples do, the one who cooks doesn’t clean. But early on I discovered that she likes to use almost every single pot and pan in the house, leaves as much sauce in and on the stove as is on our plates. Since I like to clean as I cook it became an unfair division of labor. So we switched to cleaning when we cook. In truth her meals are much better than my own, so the ‘unfair’ ratio has switched to my favor. We never allow one another in the kitchen because each of us ‘is the boss’ when we cook. Plus we are fiercely competitive in the kitchen… 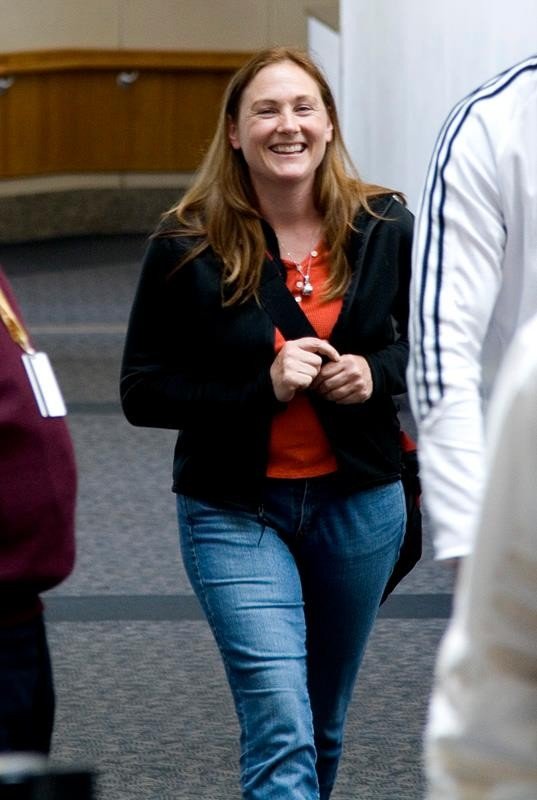 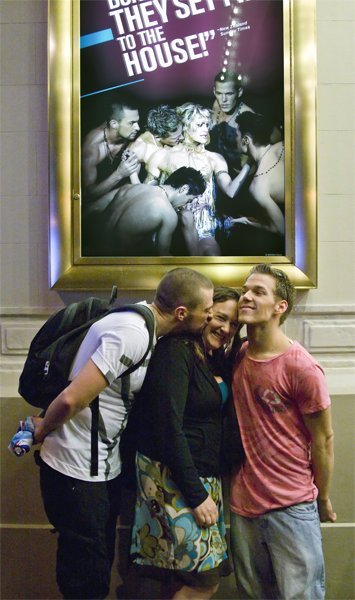 NYC when we covered Burn the Floor. Flanking her Bobby and Patch

She can recall the most insignificant details of any story or event or fact. She is my walking Google with a vagina and when she doesn’t know something out comes the iPhone so she can get the facts. And when she is not searching the web for facts she is often found ‘chittering’ which is my term for talking. She will go on and on about little things, facts or figures, people or places, stories from long ago or just yesterday. This is perhaps one of the most endearing parts of Little T’s personality. I miss it so much when she’s not around that I often turn on the TV in another room just so I hear someone talking. I pretend it’s her. Except when she goes on and on and on about the fucking stage play Hamilton! 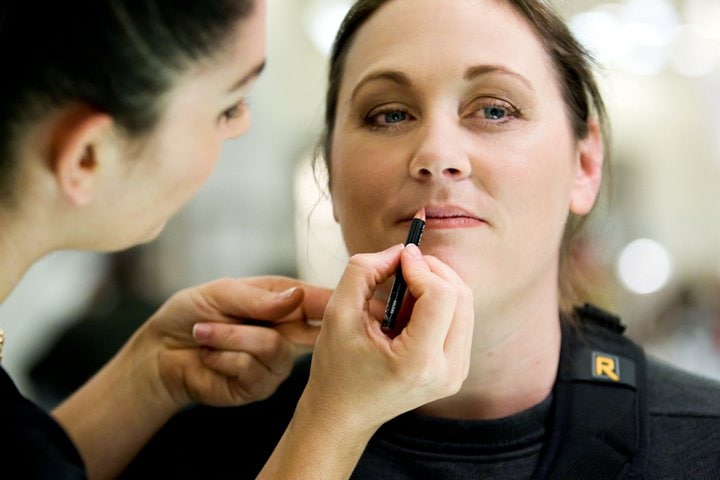 Getting the full makeup treatment by our MUA pal Grace 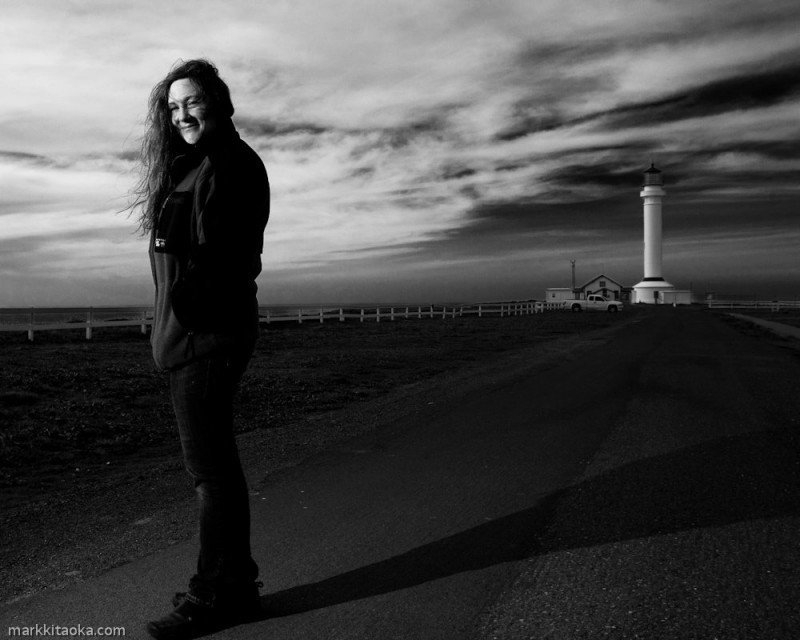 One of my fav pics of Little T!

Tracy didn’t start driving until she was around 42. “I know how to drive a tractor Mark!” was one of the things she use to say to me. But living in California, well driving is something everyone needs to know how to do. What if I died? How would she get around? “I could take the bus or train or BART Mark” was always her response. And she’s never really had credit before moving to California. So I decided to put my foot down and MADE her get her driver’s permit. On the day we went to the DMV she got stuck with the meanest, most cruel inspector for her driver’s test. But guess what? She passed with flying colors. 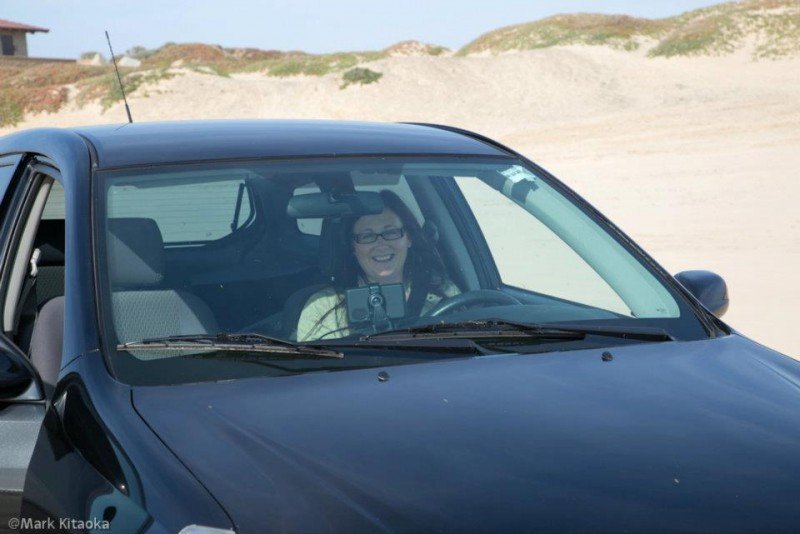 No more Driving Miss Daisy! She can now drive herself!

The next plan was to get one way tickets down to SoCal and buy a car. It would do two things, first she would have her very own car and second she would establish credit. So we went down to CarMax and purchased “Belle” a 2006 Toyota Matrix. And her first lessons were in and around my mother’s neighborhood. When I told her to turn left instead of right she said “MARK! You tricked me now we are on REAL STREETS. Damn you!” I cannot tell you how much sighing went on during those first days of driving. And thankfully Belle has vents close to her steering wheel because her hands sweat so profusely that she kept them partially open to dry them as she drove. Yes it was an adventure.

Her biggest fear? Speaking in front of a group of people. During one session an Artistic Director tried to hand her a microphone so she could speak to the kids on stage. She simply shook her head NO and pointed up to the balcony where I was perched and said “Give that thing to Mark, I’m not using it!” as she walked away. Keep in mind that at that time he was our largest client! So David walked up to the balcony and handed me the mic and simply said “Tracy wants you to have this. She won’t have anything to do with it.” 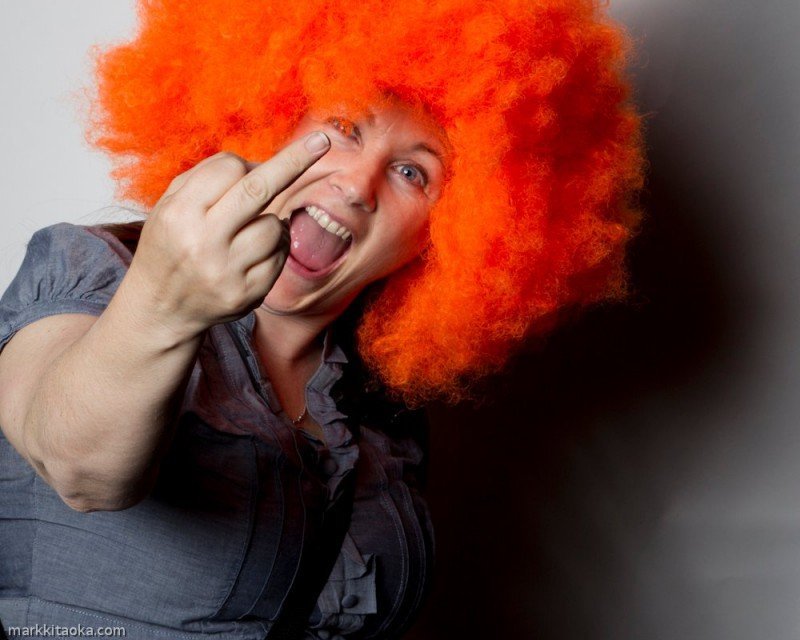 “Can I get just ONE PHOTO of you not flipping me off Tracy?!” 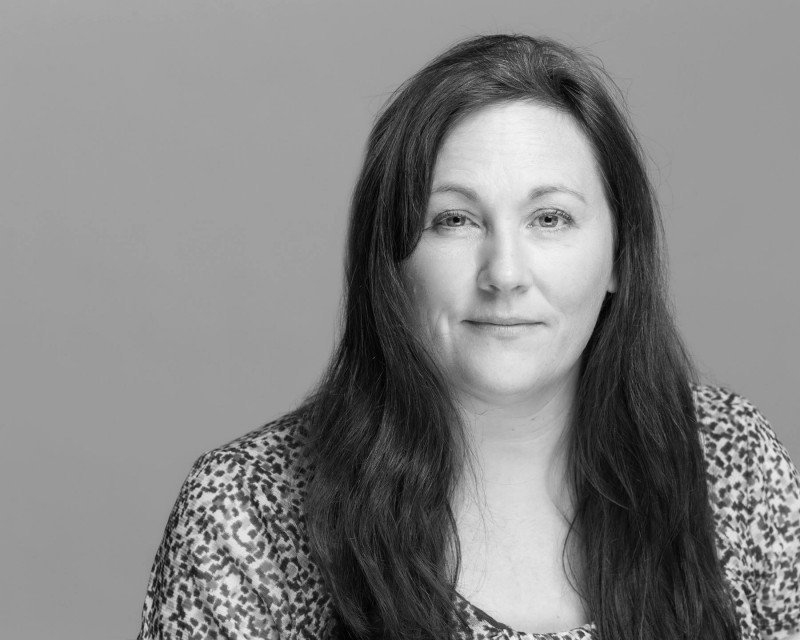 And yes she’s a photographer, in truth a much better shooter than me. Tracy’s eye is much more subtle than mine. Her ability to capture moments of pure rapture is quite remarkable. We are fiercely competitive when it comes to shooting and often compare ‘how many’ of our images are chosen by clients. There is much pouting and grinding of teeth when a client’s selection is higher of one over the other. And what do we primarily argue about? Not sex, not money, not kids but Artistic differences. Not bad for two people who live/work/travel together 24/7… 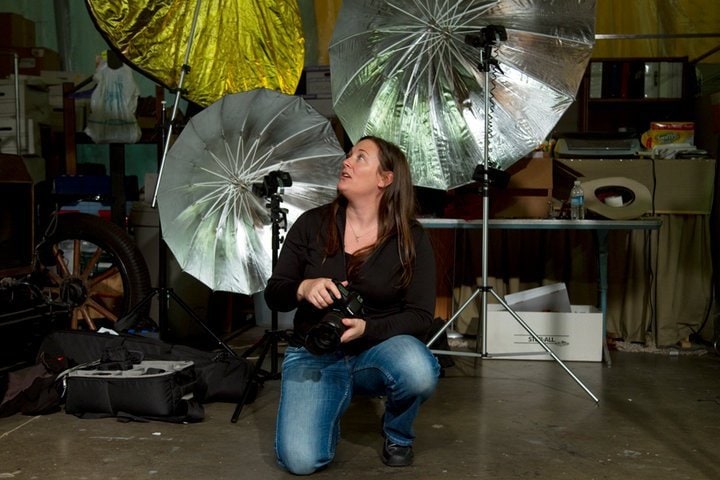 Amid some of our modifiers…

Tracy is really a what you see is what you get kinda person. And for that I could not be more grateful. Her bitchiest day means she just doesn’t talk much. And compared to other women it’s just such a godsend. Because she has such a kind spirit and warm heart I often get the benefit of the doubt. And her two biggest critics in the beginning are now her most ardent advocates…my children. Both Nori and Niko would defend her to their deaths. In truth they now like her much more than they like their Dad. I can’t blame them. 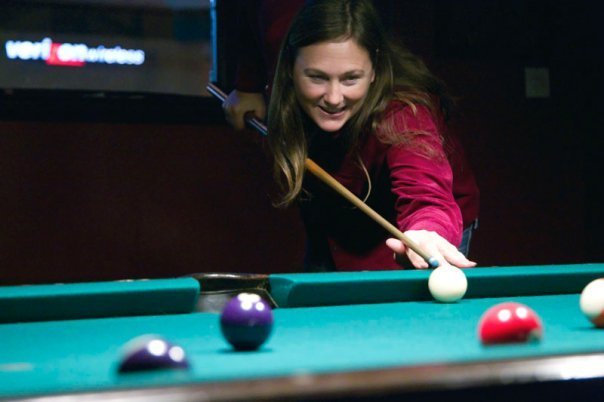 She’s actually kinda shitty at pool, but enjoys herself. 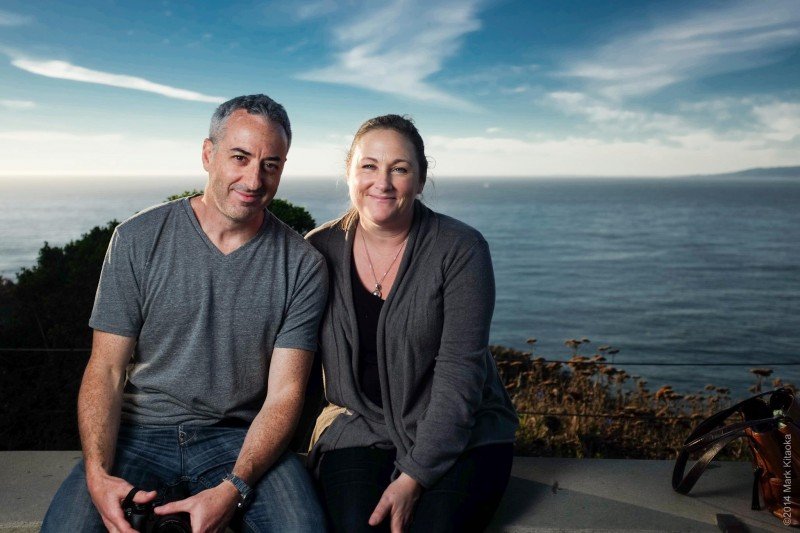 She likes to talk bad about Toronto unless her pal Brant is visiting from Toronto….Effing Canadians!

Prior to Tracy’s arrival into my life I was very happy being alone. I actually reveled in those moments. But the Little Canadian (eh!) has altered my life in such a way that I cannot imagine life without her. She’s that special…..