I was literally shocked when I read this article on ThePhotoblogger.com. “What I’m going to propose in this article may sound absurd to some photographers, especially if you’re new to the art form….“How can I make my image look like theirs?” But they only want advice on how to do it in post-production. Here’s a controversial idea: do it in camera.”

And just one of the author’s suggestions to his audience:

Wow just wow…incredible that this ‘may be a new concept to create things IN CAMERA TO SOME!’ WOW

One of my favorite things to do is to imagine a concept and then execute it. This post is about concepts, mood and light rather than gear. Oh sure it takes gear to have my concepts go from only in my head to fruition, but if you’re looking for a gear review, it’s best to keep moving along.

I wanted to photograph Jeannette, a dear friend’s daughter who was studying ballet in two different concepts. I gave her a general idea of them; one would be as if she was dancing in a grand ballroom. The other was to appear as if I was on stage BEHIND the ballerina shooting downstage toward the audience. And finally I wanted to see if I could configure a lighting protocol where while under an umbrella I could light the ballerina’s face.

So once the concept was developed finding a venue and prop was necessary. A large warehouse along with a non-lit chandelier was needed for my grand ballroom concept. I would light the chandelier using a strobe and long throw reflector. Combining incandescent light, like a tungsten lit chandelier would be very difficult to balance with my strobes. They would overpower incandescent light no matter how low I powered down my strobes. It could be done, but why when I can light it and balance it with a strobe? 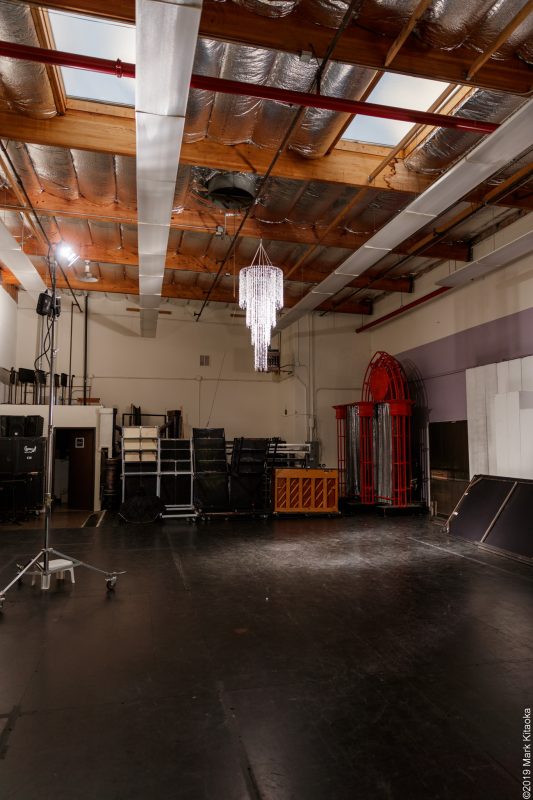 The warehouse setup. Just out of frame camera left is my strobe used to illuminate the chandelier using a PCB Retro Laser modifier. Sadly no longer made. 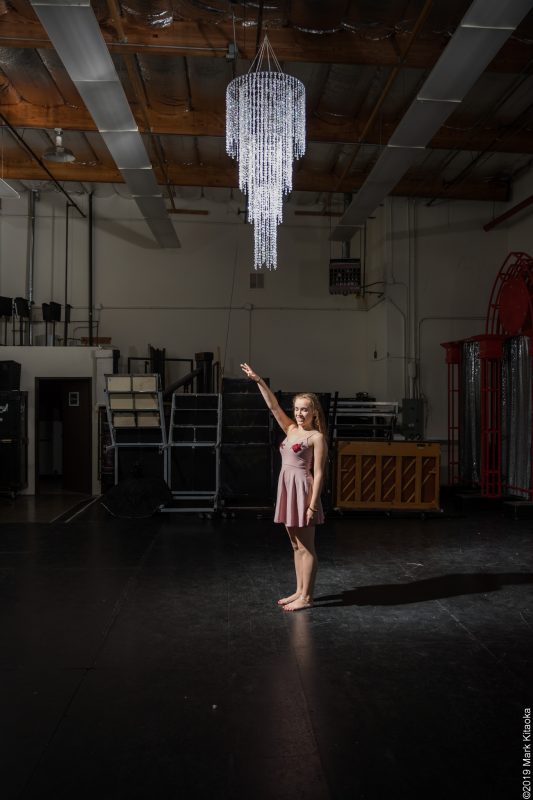 Getting a sense of the correct height for the chandelier. “Close your eyes while I test the light!” 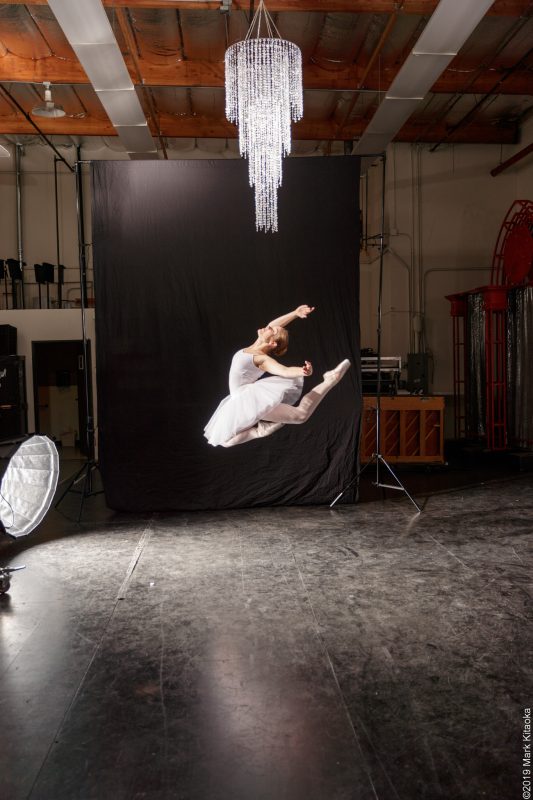 This octa modifier was used to simulate light coming down from the chandelier which appears to illuminate her. I moved it so that a shadow would be cast down from her tutu. 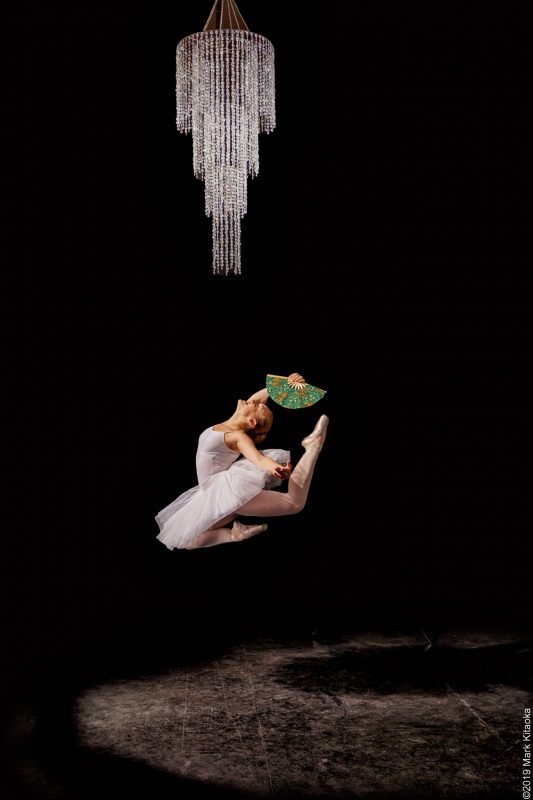 My ballroom shot. Two key lights stacked. A Fresnel and the octa. One produces a hard light/shadow, the other a softer filling light. Stacking modifiers is one of my favorite techniques. 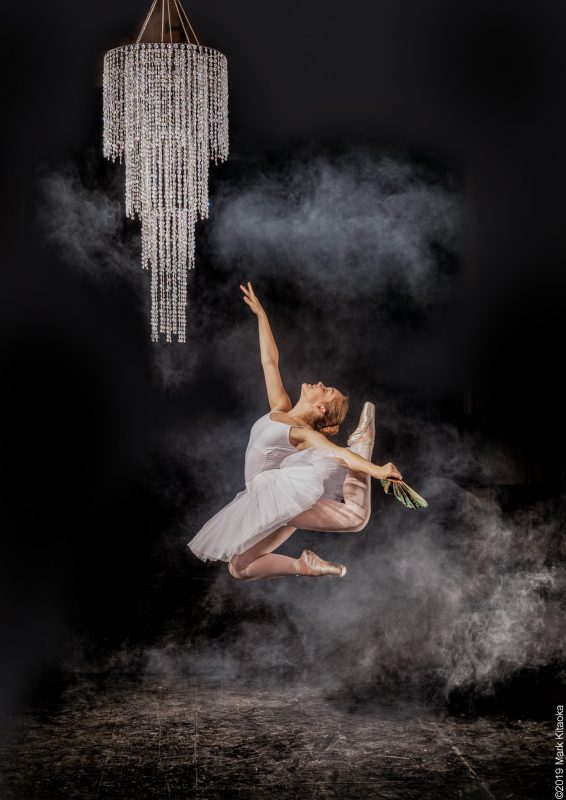 Chandelier lowered and smoke added for atmosphere to give a different mood.

The next concept was a tad more difficult, making it appear as if I am actually on stage shooting toward the audience. Using two Fresnel heads on my strobes to appear as spotlights to create drama and spotlight shadows ‘on the stage’ was in order. And then to balance a fill light for her back was delicate to do. I also knew I wanted to add atmosphere to the shot which would add a mystic mood to the image. 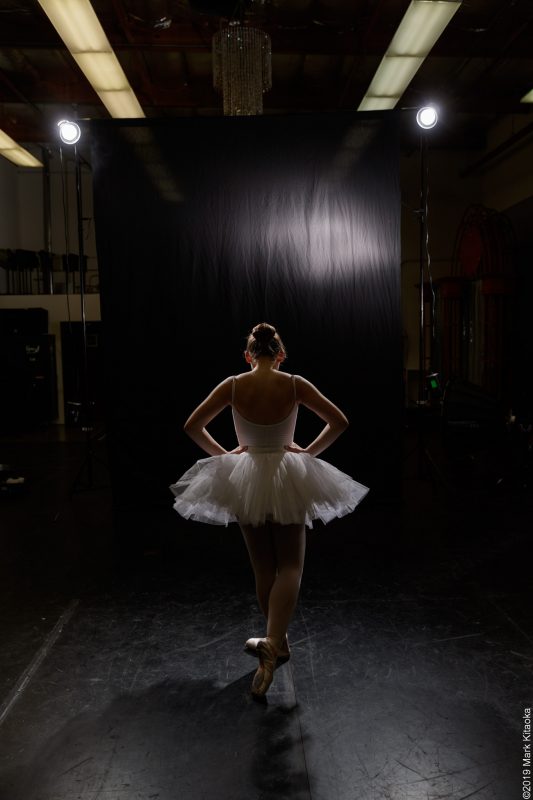 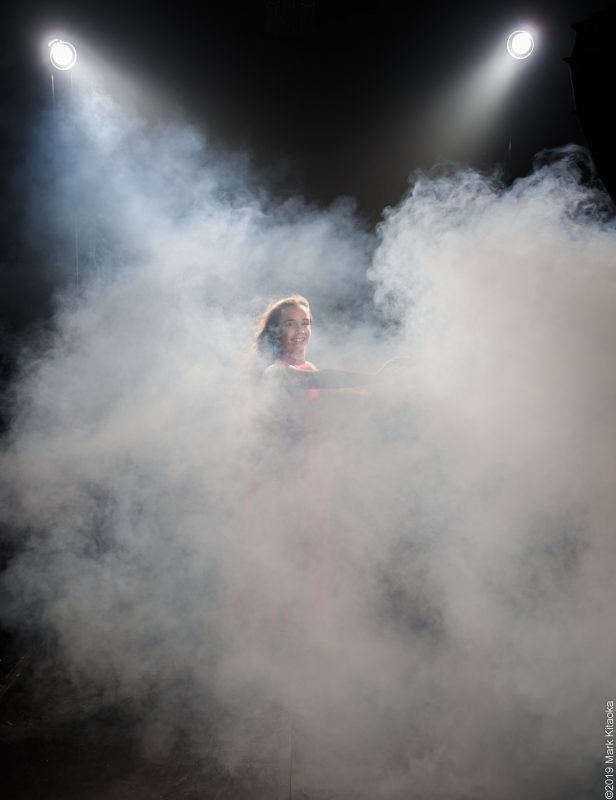 OOPS! Mark that’s a tad too much smoke! LOL 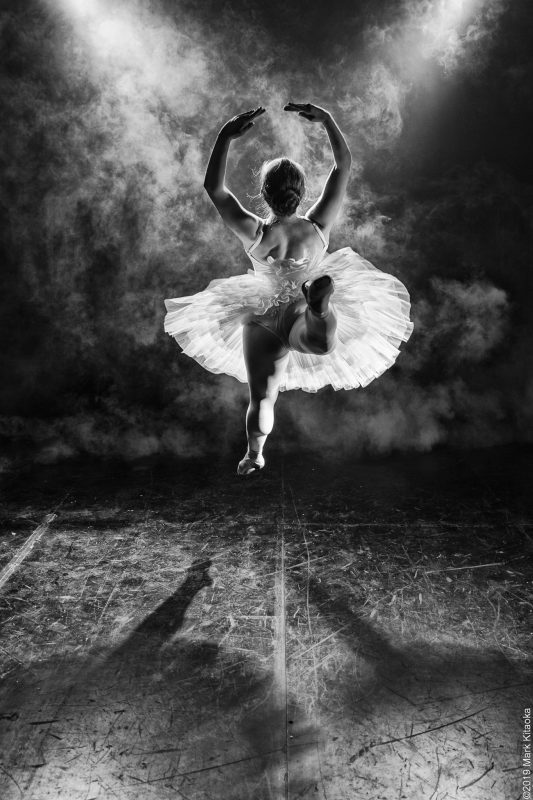 The ‘spotlight’ shadows are spot on here. 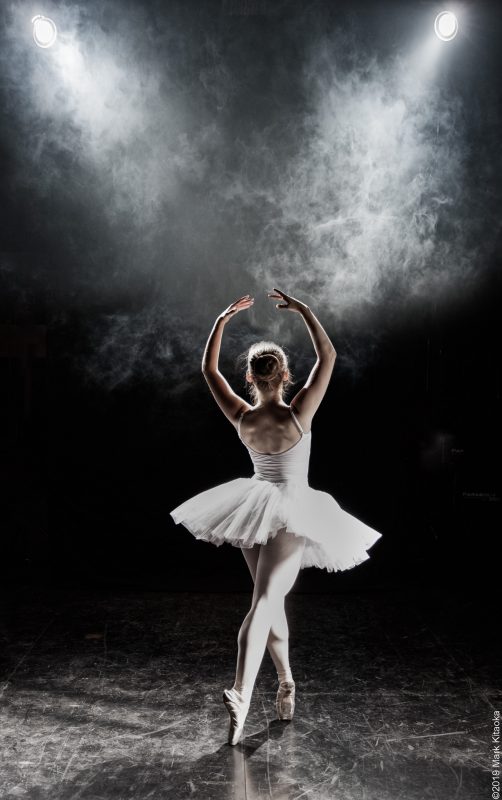 And finally how can I light someone’s face under an umbrella? Ah using a simple speed light and a homemade rig to hold it under the umbrella was the answer! 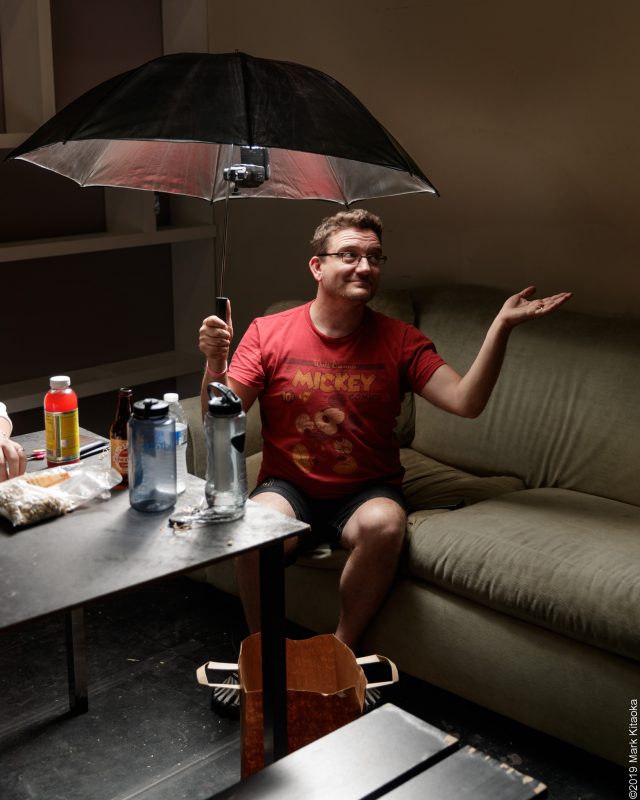 Not nearly as attractive as Jeannette, her father graciously helps me test my contraption! 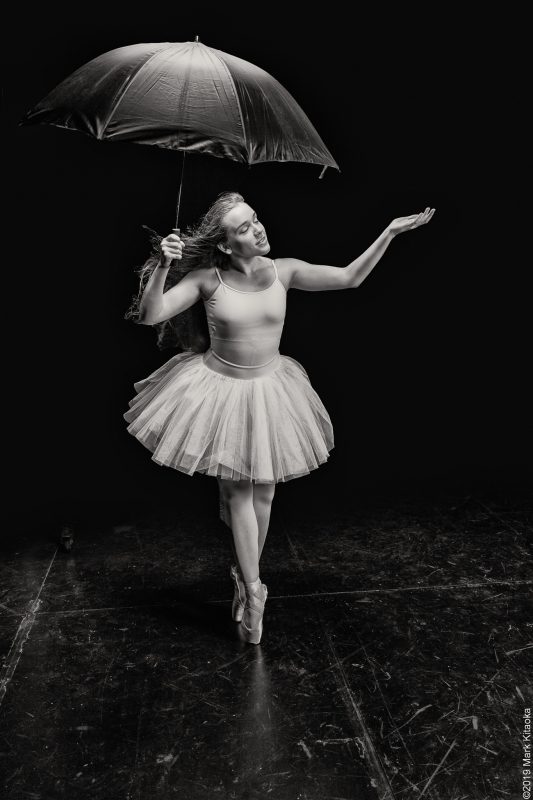 And it worked just as I had hoped it would.

What was this all for anyway? Practice! My belief is practicing the execution of concepts keeps me sharp and improves what I can offer clients and myself in creating imagery. For me it’s not about what gear I own. It’s how I use it.